You are here: Home  |  News   |   Abiy admits war in Tigray is “difficult and tiresome”

Abiy admits war in Tigray is “difficult and tiresome” 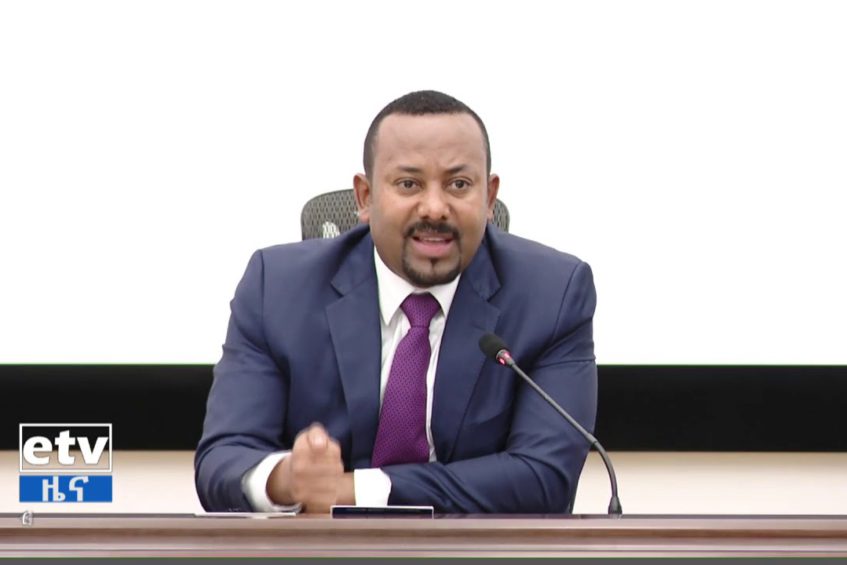 Ethiopian prime minister has admitted that his government is now fighting a “difficult and tiresome” guerrilla war in the Tigray region.

His comments mark a sharp break with previous insistence that military operations launched in November had been a rapid and decisive success.

“The junta which we had eliminated within three weeks has now turned itself into a guerrilla force, mingled with farmers and started moving from place to place,” Abiy said on Saturday.

“Now, we are not able to eliminate it within three months,” he added.

Ethiopian Federal troops moved into Tigray in November with the aim to “restore the rule of law” by ousting the TPLF, the political party then in power in the province, following surprise attacks on federal army bases.

The offensive was declared successful after the TPLF leadership evacuated its stronghold of Mekelle, the provincial capital, and an interim administration loyal to Addis Ababa was installed.

However it has become clear that, after initial setbacks and heavy losses, the TPLF had rallied by late January and was waging an intensifying insurgency against federal forces.

A series of fierce clashes took place in mid-February around Samre, a small town 40km south-west of Mekelle, as thousands of Ethiopian troops supported by artillery, tanks and airstrikes battled forces loyal to the TPLF who were dug in there.

In recent days, there has been renewed fighting in the area, sources in Tigray told the Guardian.

There has also been fighting in the north-east of the region, on the road leading to Eritrea, and along the main road joining Mekelle with towns further west.

Much of the rural areas remain beyond the authority of central government.

The United Nations Office for the Coordination of Humanitarian Affairs (OCHA) said last week there has been “clashes and ambushes reported in most parts of the region”.

A wave of atrocities including massacres of hundreds committed by Ethiopian troops and their Eritrean allies have fuelled recruitment to the TPLF’s forces.

Last week the Guardian reported that almost 2,000 people killed in more than 150 massacres by soldiers, paramilitaries and insurgents in Tigray have been identified by name by researchers studying the conflict.
The oldest victims were in their 90s and the youngest were infants.

Access restrictions for humanitarian workers, researchers and journalists have made it difficult to determine the conflict’s death toll so far but the total number of victims is likely to run into the tens of thousands, and will probably never be known.

The International Crisis Group (ICG) warned last week that the war risked dragging on for months and even years.

Despite the deployment of Eritrean troops and militia from Ethiopia’s Amhara region, which borders Tigray to the south, most TPLF leaders remain on the run and ICG noted that none were reported captured or killed in February or March.

Ethiopia’s military is also fighting a rebel group in the country’s Oromia region which the government has blamed for multiple massacres of civilians, including one last week that left dozens dead.

“Currently, the national defence forces and the federal forces are in a major fight on eight fronts in the north and the west against enemies which are anti-farmers, anti-civilians and causing strife among Ethiopians,” Abiy said.

In Tigray, Abiy’s government has previously downplayed the TPLF’s ability to wage an effective insurgency.

The 44-year-old prime minister, who won the Nobel Peace prize in 2019 for ending a conflict with Eritrea, told parliamentarians last month that pro-TPLF fighters were like “flour dispersed by the wind”.

On Saturday Abiy said federal forces had “conducted wide operations in the last three days” causing “heavy damage to the enemies of the people”, vowing such efforts “will be strengthened and continued”.

Abiy is facing mounting pressure to ensure the withdrawal of Eritrean soldiers from Tigray, and Ethiopia’s foreign ministry said on Saturday night these troops had “started to evacuate”.

There are widespread fears among observers that protracted conflict in Tigray could seriously destabilize Ethiopia, previously a linchpin of stability and western security strategy in one of Africa’s most volatile regions.