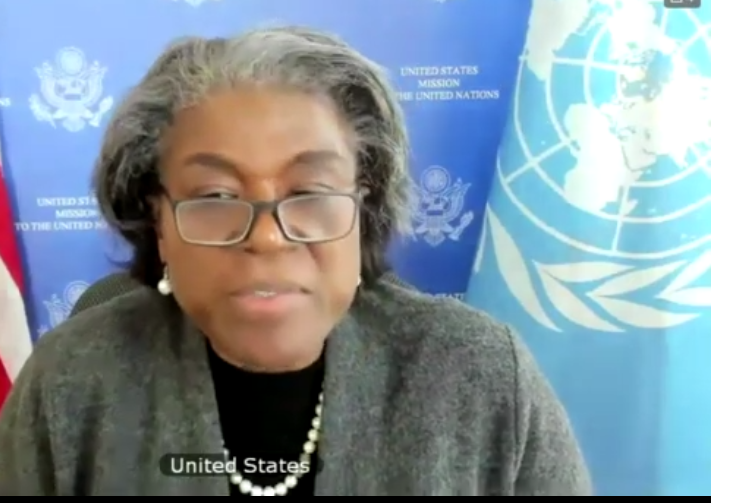 The U.S. Representative to the United Nations has called on leaders of South Sudan to accelerate the “precarious” peace process.

“We know that this peace is fragile, and we need to see more steady progress toward a lasting power-sharing agreement to keep that peace intact,” she told the UN Security Council.

South Sudan’s leaders announced their commitment to form the Revitalized Transitional Government of National Unity a year ago.

The unity government is yet to graduate and deploy a national army, made up of forces of the opposition and government.

The national legislature—a body crucial for the enacting reforms spelled out in the peace agreement, is yet to be reconstituted.

The US ambassador to the UN acknowledges the positive actions South Sudan’s leaders have taken to restoring stability and advancing the peace process.

But she says there is a need for more progress.

“To make progress toward peace, the leaders of South Sudan need to take urgent steps forward on governance and security arrangements,” she said.

“In terms of governance, it’s far past time to establish the Transitional National Legislative Assembly. Its absence prevents South Sudan from advancing the legislation necessary to support lasting peace.”

She added: “It is also imperative that the transitional government make progress on drafting the constitution and strengthening the electoral commission.”

Ambassador Linda Thomas-Greenfield states that although direct conflict between parties to the peace agreement is currently diminished, the violence has not stopped, citing inter-communal conflicts.

“So, let me close by making our position unmistakably clear. We see the situation in South Sudan as precarious. We are worried about the slow pace of the peace process and the levels of violence, and we believe UNMISS has a critical role to play in protecting civilians and supporting peace,” the US diplomat added.

“We call upon the leaders of South Sudan to accelerate the peace process, the peace agreement. Lower levels of violence. Work with UNMISS. Open the gates for humanitarian access, especially to help with hunger and starvation.”

The US representative to the UN also called on South Sudan’s leaders to stop the violence and ensure the immediate de-escalation of sub-national conflict.