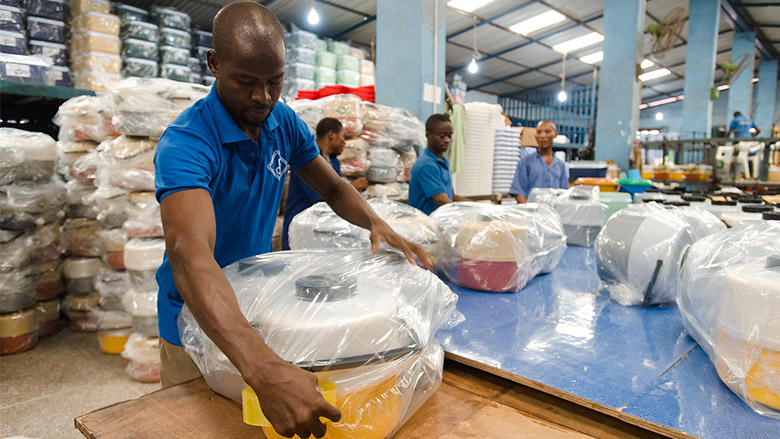 The continent-wide agreement was launched in an online event on New Year’s Day after six months of delay due to the coronavirus pandemic.

Signed by every African country except Eritrea, the bloc will be the largest free trade area since the establishment of the World Trade Organization.

According to the World Bank, the African Continental Free Trade Area presents a major opportunity for African countries to bring 30 million people out of extreme poverty.

The incomes of 68 million others who live on less than 5.50 dollars per day will also be raised, the World Bank said.

It says implementing AfCFTA would help usher in the kinds of deep reforms necessary to enhance long-term growth in African countries.

Every African country except Eritrea has signed on to the AfCFTA framework agreement, and 34 have ratified it.

Ghana’s President, Nana Akufo-Addo said during the launch ceremony that “there is a new Africa emerging with a sense of urgency and purpose and an aspiration to become self-reliant.”

But critics believe yesterday’s launch is largely symbolic as the full implementation of the deal is expected to take years.

Obstacles such as poor infrastructure and protectionism policies of some of its members – means efforts to implement the deal, will also likely face resistance from countries’ domestic interest groups.

However, the World Bank estimates it could lift tens of millions out of poverty by 2035.

According to the agreement, members must phase out 90% of tariff lines – over five years for more advanced economies or 10 years for less developed nations.

Another 7% considered sensitive will get more time, while 3% will be allowed to be placed on an exclusion list.