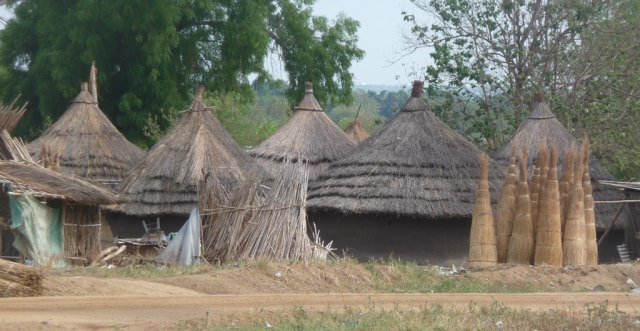 A police ambulance loaded with charcoal hit and killed a 51-year-old man near Juba on Thursday, an eyewitness has said.

John Pitia Lako was a teacher who would spend his free time farming in Rajaf.

According to the eyewitness, Pitia was cycling home from the field when the ambulance knocked him, killing him instantly.

He says after knocking down the middle-aged man, the driver and one passenger tried to hide the body in the bushes when farmers starting milling around and asking why.

“They asked them, ‘You killed him and you want to take the body to the bush. Why?’”, Wani told Eye Radio.

Wani says the two young men tried to escape but the engine could not start.

As a result, they then fled to the nearby police academy on foot.

“So, they abandoned the vehicle on the road and ran to the police center,” he added.

John Pitia Lako was a teacher of Arabic at the Rajaf Primary School.

Meanwhile, the spokesperson of police has confirmed the incident.

Col. Daniel Justin said the perpetrators of the crime have been identified and detained.

“Those of traffic have taken up the matter and they have opened the case and the investigations is going on,” Col. Justin told Eye Radio on Saturday.