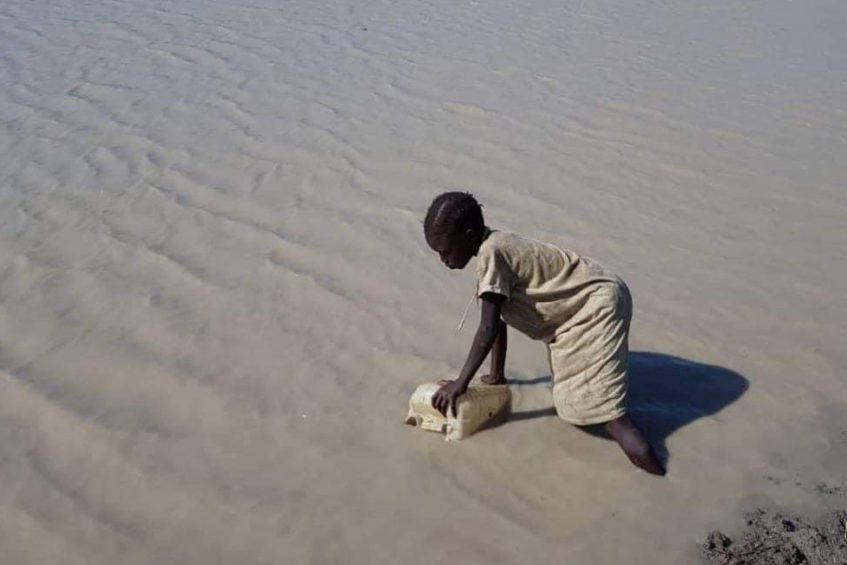 A resident of an oil-producing area fetches dirty water from a pond in April 2021. Reports show that residents largely remain neglected as their shares are pocketed by the ruling class | Credit | Courtesy

Communities in oil-producing states have lost more than $5 million to private individuals in just a year, according to the Auditor-General report.

The money intended for service delivery for the communities of Ruweng, Renk, Meluth, Maban, among others was instead channeled into private bank accounts in Juba.

The report shows that the individuals received letters of no objection from the Ministry of Finance and Planning in 2015 to withdraw the money from the central bank for unclear reasons.

One of those who benefited from the money is Angelo Beda, the chairperson of the National Dialogue Steering Committee.

In 2015, Beda was paid over $30,890 for unknown reasons from the 2 percent share meant for communities in the oil field.

The Auditor-General could not get an explanation as to why this amount was given to Beda, a native of Western Equatoria State, who was by then a member of the Council of States.

Another person who benefited from the community funds is the late Lual Diing Wol.

But the Auditor-General report noted that the money was meant for his medical treatment in Germany. He came from Northern Bahr el Ghazal.

The report, which was made public on Wednesday further noted that a combined sum of $4,187,580 was paid out to other individuals for unclear reasons.

Most of those paid off do not even belong to communities in the oil-producing areas of Ruweng Administrative Area, Upper Nile and Unity states.

The Auditor-General said the Ministry of Finance failed to explain who these individuals are or their occupations.

“It is very strange,” an MP who read the report lamented.

The Petroleum Revenue Management Act 2012 states that oil-producing states are to receive 2 percent shares of the oil money; while the communities in oil-producing counties will receive 3 percent of the share.

However, the Auditor-General report shows that these funds were distributed to individuals and unauthorized institutions.

On Wednesday, members of the Business Committee of the yet-to-be reconstituted Council of States debated the matter in Juba.

“We have seen that there are a lot of irregularities in the report of auditor general. Names came up, phantom names, phantom companies – companies which are not supposed to access this 2% of the state and 3% shares of the communities,” said a lawmaker.

In March 2021, the governor of Central Bank, Dier Tong Ngor, said only the Ministry of Finance and Planning could provide a better explanation to the discrepancies found in the Auditor-General’s report.