Archbishop Arama: ‘Where is the peace?’ 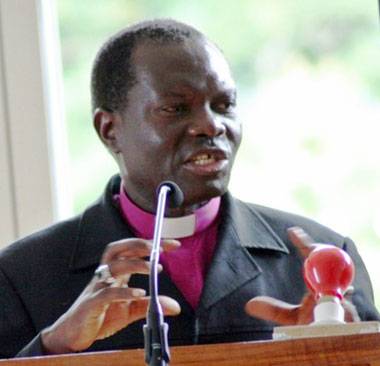 Peace remains elusive in South Sudan amidst increasing reports of violence, the Archbishop and Primate of the Episcopal Church of South Sudan has said.

Justin Badi Arama cited the killing of unarmed civilians in Malakal by unidentified gunmen while receiving their governor, and in Eastern Equatoria State where the Governor called for rescue after he was reportedly ambushed by angry youths after fatal attacks in Camp 15 of Budi County.

Archbishop Badi also pointed out the killing of civilians, including traders along the Juba-Yei road and Juba-Nimule highway in the past few days.

According to Eye Radio figures, nearly 70 people have died in violence across the country in less than two weeks.

“The peace we expect when we look at it is still far away though our politicians say peace has come but peace is still far away,” the ECS Primate said during his Easter sermon at All Saints Cathedral in Juba.

“When you look around in Malakal, you hear people are killed in the town as they prepare to receive their governor, in Torit the whole governor has to ask the headquarters to rescue him, where is the peace?”

Archbishop Arama called on the country’s political leaders to respect what they say and promise citizens.

“May our politicians be people of resurrection offering new hope for peace and stability in this nation,” he said.

According to the United Nations Mision in South Sudan, political violence have significantly subsided over the past two years following the signing of the revitalized peace agreement in 2018, but inter-communal violence related to cattle-rustling and revenge attacks have continued to claim lives.

“The mistrust between politicians, the empty words from the mouths of politicians and political parties is enough. Respect what you say,” Archbishop Arama added.