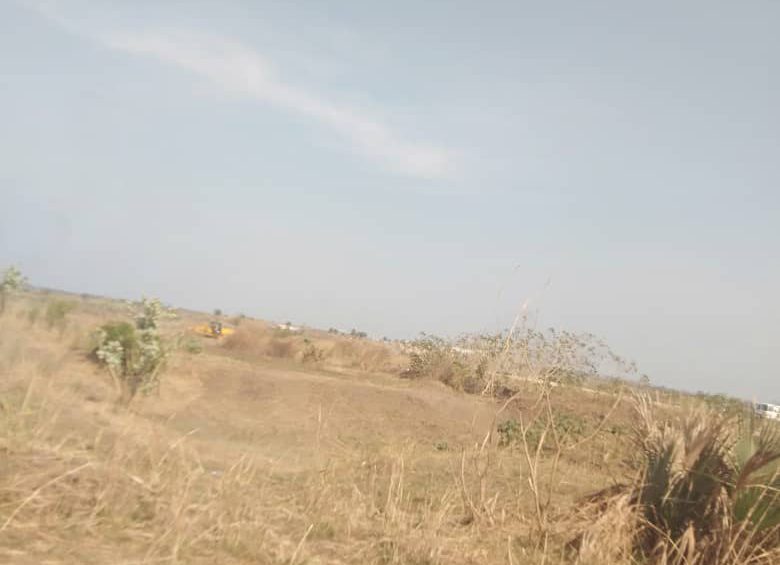 Residents of Mangala’s Garbo Boma of Central Equatoria State have accused some members of the organized forces of illegally demarcating land in their area.

Garbo is situated 13 kilometers from Juba on the eastern bank of the Nile.

According to the locals, some armed soldiers and police personnel deployed a grader to clear bushes and open up roads in the area.

Redento Tombe, a member of Garbo Bari Intellectual Groups told Eye Radio that the armed individual they are yet to identify, intimidated and beat up locals who were trying the stop them from their work.

He calls on the state government to intervene to prevent the matter from escalating into violence.

Michael Zacahria, a Garbo elder has made a similar appeal.

In response to the allegations, the deputy spokesperson of the South Sudan Peoples Defense Force, Brigadier Santo Domic said:

According to the Garbo residents, the individuals used some police to fend off the protesting locals from interfering with the grader contracted to clear some piece of land in the area.

The area locals said the police came in three police land cruisers bearing the number plates, 083A SSPS, 391A SSPS and 284A SSPS to the area on Monday.

But the residents didn’t give up, confronting them and confiscating a key from driver of the grader.

They also confiscated a document they said has list of people to be allotted piece of land in the area. The police authorities are yet to comment on the matter.

In October last year, the Governor of Central Equatoria State issued an order suspending land allotment and demarcation until state and local government structures are established.

There have been conflicts related to land grabbing and unlawful allotment of land in the capital Juba and other areas around Central Equatoria State.

In September last year, six people most of them soldiers were arrested in Rejaf County of Juba, after the community accused them of illegally selling land in the area.