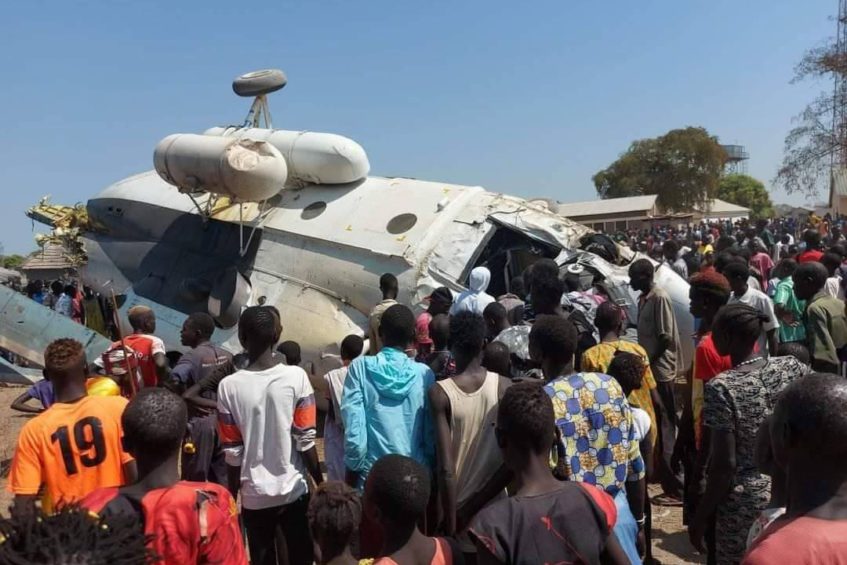 A top South Sudanese army general has survived a plane crash in Lakes State on Sunday.

General Garang Mabil and 12 others were said to have been aboard a helicopter carrying the remains of the late hon. Gabriel Matur Malek when it came down in Cuibet County Sunday afternoon.

Eleven people sustained minor injuries, according to the executive director of the defunct Cueibet County.

“The helicopter came from Juba, it was carrying the body of the late hon. Gabriel Matur Malek,” Mr. Mamer said.

“When it reached Cueibet town, there is a football field and a girls’ school, then very big dust came and that was the cause of the crash.”

Mamer added, “only Eleven people were injured but nobody sustained fractures, nobody died.”

Plane crashes are frequently reported in South Sudan. Some of them have been fatal in the past years.

In August last year, a commercial plane crashed in the Kemiru area of Juba,  killing seven people shortly after takeoff.

In 2019, four people were injured after a plane crashed in Bor.

In September 2018, a chartered Let-410 UVP airplane of South West Aviation crashed into Lake Yirol, killing at least 20 people, including an Anglican Bishop.