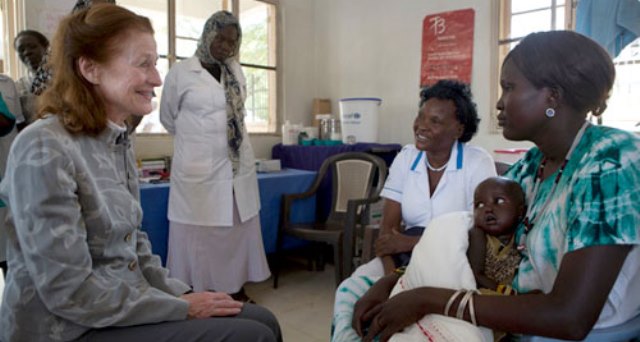 A UN official has expressed concern about how parties in conflict-affected countries are directly and indirectly attacking children.

“With little remorse and even less accountability, parties to conflict continue to blatantly disregard one of the most basic rules in war: the protection of children,” said Henrietta Fore, the Executive Director of the United Nations Children’s Fund in a statement extended to Eye Radio.

Her first visit was to South Sudan where she says she saw first-hand how four years of the man-made conflict has left children sick, hungry and on the brink of death.

According to the statement, at least 2.6 million children have been forced to flee their homes with more than 1 million acutely malnourished, and some in severe conditions and at increased risk of death.

The statement adds that although 600 children have been released from armed groups so far this year, around 19,000 continue to serve as fighters, messengers, porters, cooks and even sex slaves for the warring parties.

In the statement, Fore continued to say that humanitarian aid alone is not enough.

“No method of warfare has been off-limits, no matter how deadly for children: Indiscriminate attacks on schools, hospitals and other civilian infrastructure, abductions, child recruitment, besiegement, abuse in detention and denial of humanitarian assistance were all too commonplace,” she said in the statement.

She said these rules need to be respected and those who break them need to be held accountable.