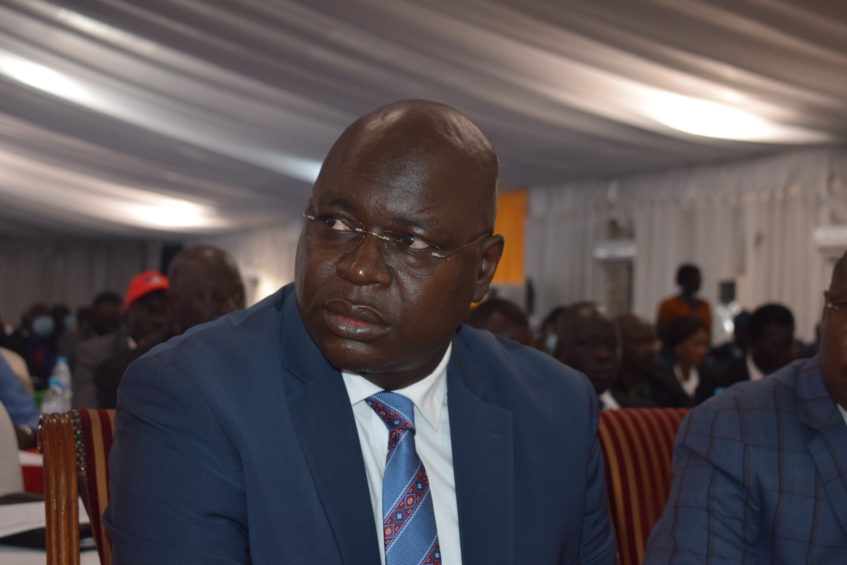 Central Equatoria and Jonglei states are discussing a roadmap on how the two governments can facilitate the return of the IDPs in Mangala to their respective states once the floods are over.

Late last week, the Minister of Wildlife Conservation and Tourism disclosed to Eye Radio that plans were underway to relocate the IDPs in Mangala to another location in the state.

Rizik Zacharia says the settlement of the IDPs in Mangala Payam pose a threat to the wildlife in neighboring Bandingilo Game Reserves.

The governor of Central Equatoria, Emmanuel Adil says Jonglei and his state are discussing plans on how the IDPs will be facilitated to return home after the floods are over.

Addressing the media on Thursday in Juba, the Governor said that the governments of Jonglei and Central Equatoria States are assessing the flood situation before the IDPs can return back to their respective states.

He didn’t mention any plans to resettle the IDPs in Central Equatoria.

“The governments of Jonglei and central Equatoria are assessing the flood situation in Jonglei together,” Governor Adil said.

“I had two meetings with the governor of Jonglei towards a roadmap of how to make sure once the floods are over, we can have a return program for them[IDP].”

Governor Adil pointed out that the return of the IDPs needed a clear strategy from the two sisterly states with support from the national government on how the IDPs could return home.

“They came because of floods, once the flood situation is corrected in Jonglei, definitely, the two state governments with support from the national government will develop a clear return program on how they can be taken back,” Adil said.

He says his government cautioned the IDPs to avoid poaching because the park is a source of income to the country.

“We tell them [IDPs] to respect Bandingilo National Park to avoid poaching. You know our people love meat. The park is a source of income by the way. Our security forces, the army, the police, even the wildlife forces are there.”

“All South Sudanese have to make sure that this is one of the biggest sources of income to our economy, that is the tourism sector.”

The IDP camp in Mangala was established over a year ago to temporarily host IDPs who fled an unprecedented flood in Jonglei State.

Last year, Rizik pointed out that the IDPs will have to be relocated to other locations to avoid disturbance of the park.

But it’s more than a year now since the camp was established with no transfer plan seen.

The park covered the erstwhile states of Central Equatoria and Eastern Equatoria.

It was established in 1992. Situated in a wooded area near the Nile River, it is over 10,000 square kilometers.

Surveys have revealed that Boma National Park, west of the Ethiopian border, as well as the Sudd wetland and Southern National Park near the border with Congo, provided habitat for large populations of hartebeest, kob, topi, buffalo, elephants, giraffes, and lions.

Surveys begun in 2005 by WCS in partnership with the semi-autonomous government of Southern Sudan revealed that significant, though diminished wildlife populations still exist, and that, astonishingly, the huge migration of 1.3 million antelopes in the southeast is substantially intact.