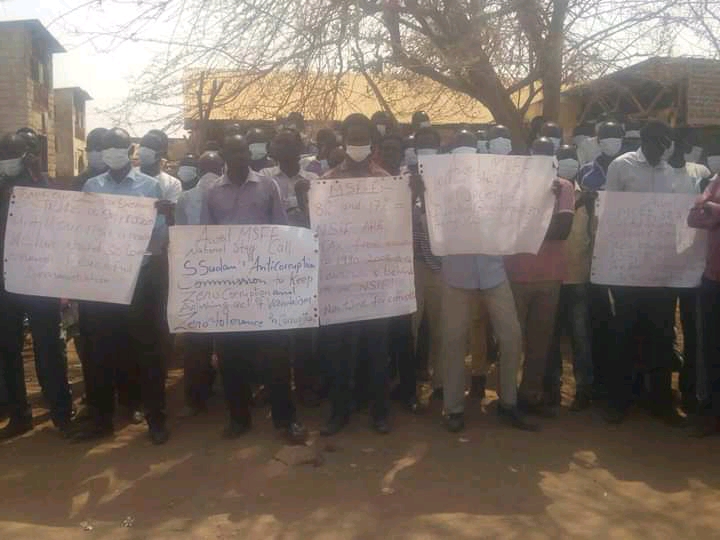 They have been providing basic and specialized healthcare in hospitals and clinics across the country.

The staff are protesting the move by the medical charity – MSF to slash their accumulated benefits using what they describe as a new tax code.

Those who spoke to Eye Radio say they were notified that their benefits will be subjected to tax as per the 2009 Taxation Act –a decision the healthcare workers have rejected.

The clinicians and nurses argued that taxing their benefits shall be in contravention to an earlier circular issued by the Ministry of Labor stating that benefits are not taxable.

Bol Malek Bol and Emmanuel Mayom are among health workers on strike.

When contacted, the Minister of Labor admitted that there are two contradicting laws regarding taxes related to employees’ benefits.

James Hoth Mai says they have engaged the National Revenue Authority to provide clarity on the matter.

Earlier, the former Commissioner of the National Revenue Authority, Dr. Olympio Attipoe issued a ruling on the grievance of the MSF healthcare workers.

Dr. Attipoe had said the employees’ benefits should not be taxed until the Taxation Act 2009 and the 1990 Sudan Social Security Act are harmonized.

The impact of the strike is being felt by patients at Aweil Civil Hospital.

The Director of the hospital, Dr. Wol Akeen has appealed to the medical workers to return to work and seek an amicable solution to their grievances.