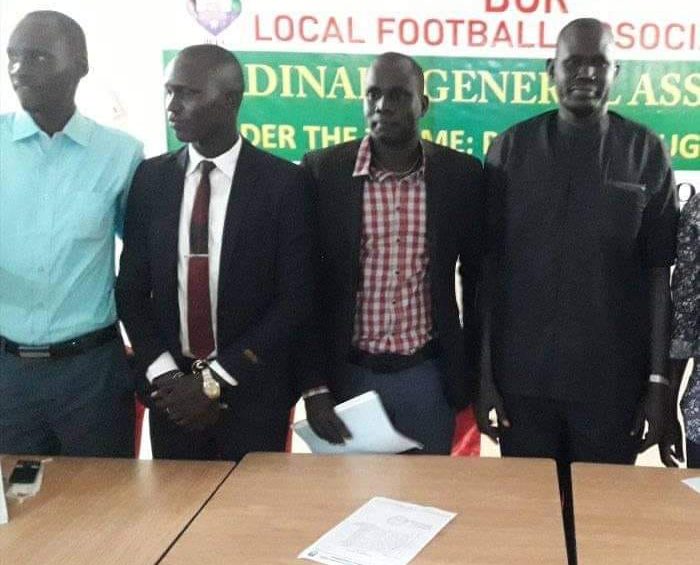 Abraham Ajok Koul and his team after winning the local elections in Bor, Jonglei state. Credit

34 members of the General Assembly representing the various clubs in Bor participated in the process.

Top government officials and representatives of the South Sudan Football Association, including members of the electoral committee also took part.

Mr. Ajok will be deputized by Dut Gabriel Aluong who was also elected Vice President of the association. He won over his opponent James William Mach with 18 to 14 votes

David Koul was elected the Secretary-General with 19 votes against 13 votes for Mabil John Peter.

Panchol Maketh was also elected as the new Finance Secretary after overtaking his competitor Diing Stephen.

The new body of the Bor Local Football Association will take charge of all football activities for the next four years.

Of the 16 local football associations in the country, only Bentiu and Raja are yet to conduct local elections.

The local elections are part of preparations for the June 18, 2021, national general assembly election that will choose the new executive body of the South Sudan Football Association.