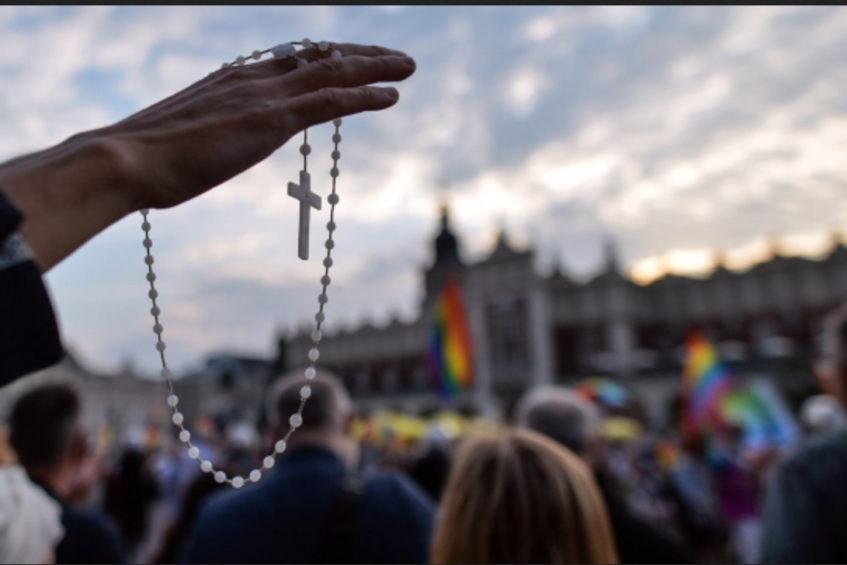 Vatican: "Marriage is a lifelong union between a man and woman, and is part of God’s plan." Courtesy

According to the Holy See’s orthodoxy office, gay people must be treated with dignity and respect but maintained that gay sex is naturally “disordered.”

In a formal response on Monday to a question about whether Catholic clergies can bless gay unions, the Vatican stated that marriage, a lifelong union between a man and woman, is part of God’s plan and is intended for the sake of creating new life.

God “does not and cannot bless sin: He blesses sinful man, so that he may recognize that he is part of his plan of love and allow himself to be changed by him,” it stated.

The response approved by Pope Francis affirmed that the church welcomes and blesses gay people, but not their unions since any such sacramental recognition could be confused with marriage.

“Since gay unions are not intended to be part of that plan, they cannot be blessed by the church,” the document said.

Pope Francis has endorsed providing gay couples with legal protections in same-sex unions, but that is in reference to the civil sphere, not within the church.

“The presence in such relationships of positive elements, which are in themselves to be valued and appreciated, cannot justify these relationships and render them legitimate objects of an ecclesial blessing since the positive elements exist within the context of a union not ordered to the Creator’s plan,” the response said.

In the article, the Vatican stressed the “fundamental and decisive distinction” between gay individuals and gay unions, noting that “the negative judgment on the blessing of unions of persons of the same sex does not imply a judgment on persons.”

The Catholic church noted that any union that involves sexual activity outside of marriage cannot be blessed because it is not in a state of grace, or “ordered to both receive and express the good that is pronounced and given by the blessing.”

And it added that blessing a same-sex union could give the impression of a sort of sacramental equivalence to marriage. “This would be erroneous and misleading,” the article said.