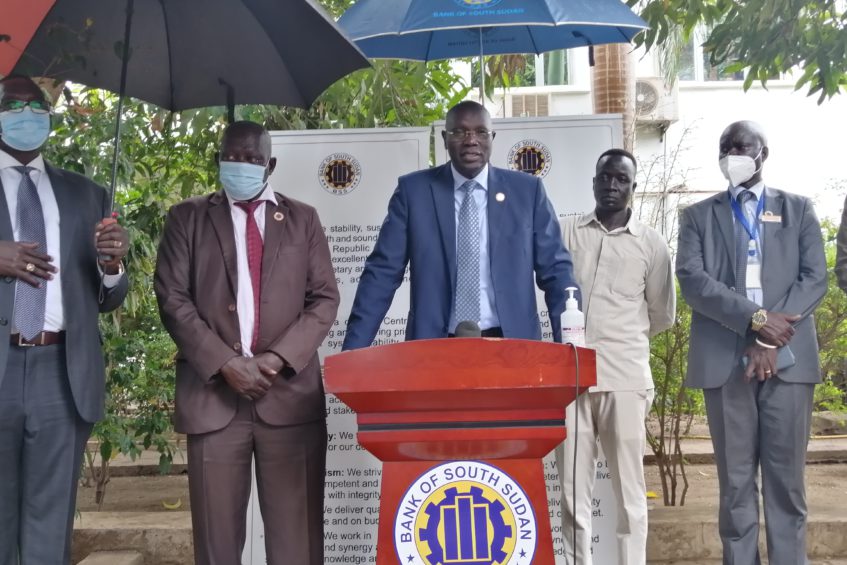 The Bank of South Sudan has stopped the use of its official exchange rate for those trading in foreign currencies.

“We are happy and we are announcing to you that from today onwards, the central bank is going to stop this daily adjustment of the central bank rate,” Governor Dier Tong, told the media on Tuesday.

The central bank governor is seeking to stabilize the economy that has dwindled following years of hyperinflation.

“We are going to adopt the market rate. What will happen, every day we will calculate the weighted average of all the commercial bank rates, and that will be the rate to lead the market,” he continued.

Early this year, the Bank introduced an auction of US dollars to commercial banks and forex bureaus to stabilize the South Sudanese Pounds from nosediving against the US dollars.

In April, the Bank of South Sudan directed commercial banks to use the market exchange rate while trading in foreign currencies.

Tong now says the auction has achieved its objectives as the difference between the official and parallel rates has been bridged.