You are here: Home  |  News | States   |   CES moves to close down illegal checkpoints 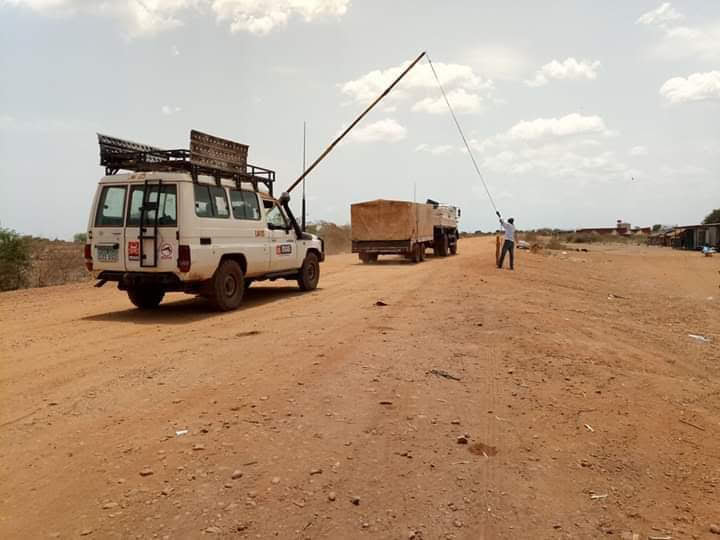 Illegal roadblocks manned by men in uniform are common across South Sudan. Courtesy

The government of Central Equatoria State has ordered the immediate removal of all illegal checkpoints and roadblocks across the state.

Governor Emmanuel Adil, in the order, revealed that illegal checkpoints manned by security officers are hindering movement of people and goods in the state.

In a press briefing on Tuesday, the state Minister of information said they had identified more than six illegal checkpoints between Juba and Yei alone.

“All county Commissioners are fully empowered to ensure that illegal checkpoints or unauthorized roadblocks are immediately removed,” Lokudu said, quoting the gubernatorial order.

Travelers along the interstate roads in South Sudan have often raised concerns over an increase in the number of illegal checkpoints.

They say men in uniform use ropes or wooden logs to stop vehicles on the road in order to extort money by imposing unwarranted fees.

In November 2020, some motorists identified more than four irregular roadblocks along the Juba-Nimule highway.

The first roadblock where a rope is placed across the tarmac road can be found 25 minutes away from Nimule town, shortly after Gordon hill.

The second illegal checkpoint where soldiers used wooden logs to block motorists from crossing over can be found 30 kilometres from Juba, a few minutes away from Juba Academy school.

The soldiers often stop truck drivers and demand for coronavirus certificates and some money to enable motorists to continue with their journey.

Others command that foreign nationals produce their travel authorization documents even after the visitors have been cleared by the immigration department at Nimule border post.

Truck drivers often accuse security officers of mistreating them and extorting money along the major roads.

They complained that they are forced to pay bribes to pass.

The UN also reports that aid groups are restricted by security agencies from delivering relief items to the vulnerable people in the areas affected by violence.

In 2016, President Salva Kiir issued an order forming a committee to oversee smooth operations of aid agencies across the country.