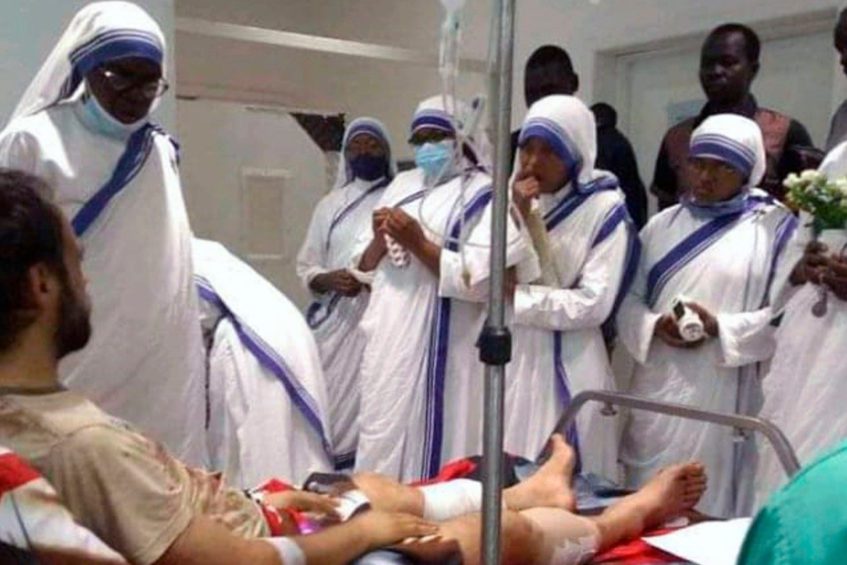 The consecration of the Bishop-elect of the Catholic Diocese of Rumbek has been postponed.

Father Christian Carlassare was shot in the legs at his residence by unknown assailants last Sunday night.

He is currently recovering from gunshot wounds in Nairobi, Kenya.

“After the incident in the catholic dioceses of Rumbek, I, on behalf of the catholic bishops from Sudan and South Sudan, and in collaboration with the Papal Nuncio to South Sudan His grace Bert Van Magen and charge de affairs Mosingnor Mark Kadima would like to inform the public that the date of the consecration of Bishop-elect Christian Carlassare is postponed until a later date,” Archbishop of the Diocese of Juba, Stephen Ameyu announced the postponement Saturday.

He said a new date will be fixed as soon as he (Carlassarere) covers from the physical and traumatic wounds.”

Police say they have so far arrested 35 people suspected of connections with the shooting.

They include politicians, security officers, civilians, and priests at the diocese.

“Investigations are still at the early stage, but we are confident justice will be served,” His Grace Stephen Ameyu said.

President Salva Kiir has described the shooting of Father Carlassare as a shameful act of intimidation.

Carlassare is an Italian Comboni priest who was elected on March 8, 2021, as the bishop of the Diocese of Rumbek.

He had barely spent two weeks in Rumbek before the unknown gunmen shot him at his residence.