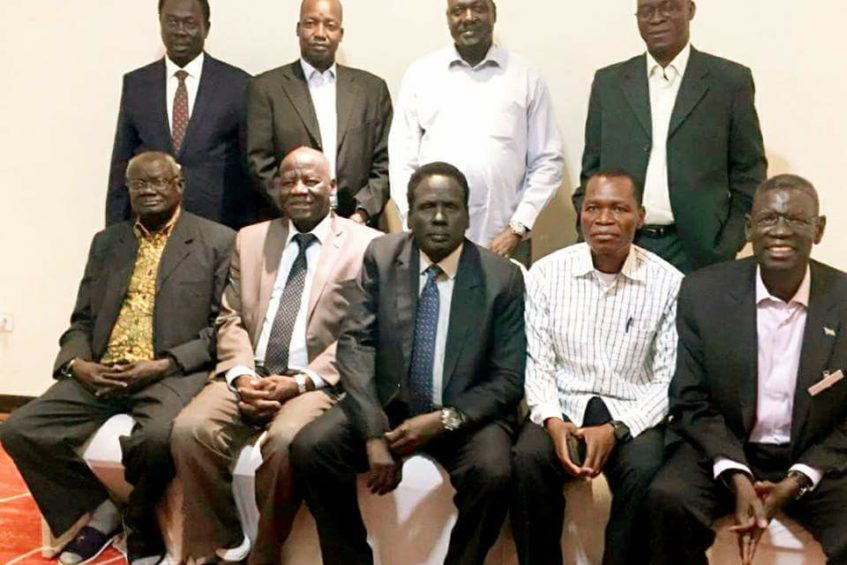 Some members of the South Sudan Opposition Alliance have protested against the election of Peter Gatdet as the new chairman of the alliance.

In a letter seen by Eye, the aforementioned members said they would continue to administer the affairs of SSOA.

They said it would work amicably towards resolution of all the concerns and within the shortest time possible.

However, Dr. Lam Akol – who is the member of SSOA leadership council – said the election of new chairman was conducted according to a charter of the alliance.

He said the newly elected chairman, Peter Gadet, would take over the leadership for the next 6 months as stipulated in SSOA charter.

According to Lam, the charter and regulations stipulate that the office bearers of SSOA are elected on a rotational basis every 6 months.

The new chairman is General Peter Gadet he was elected,” he confirmed.

SSOA is a signatory to the revitalized peace agreement.