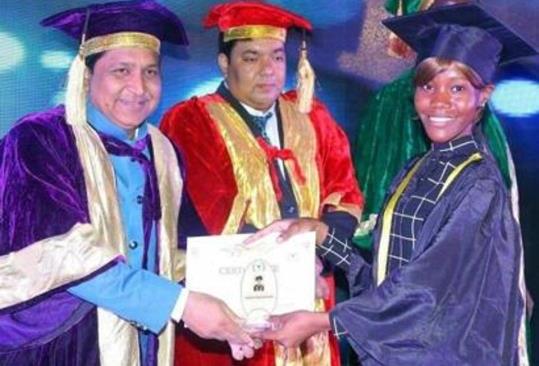 A double tragedy has befallen a South Sudanese family after the father died on learning his daughter lost her legs in an accident in India.

Six days later, the daughter died from the injuries she sustained in the train accident.

On Thursday last week, the young woman – Jowahir Abdallah – fell off a train in Mumbai where she had just completed her undergraduate degree in civil engineering.

The accident took place in the Indian town of Mumbai where she just received her degree from Rajaram Bapu Institute of Technology in Sangli.

According to Indian media, the 24-year-old was alighting from the Koyna Express at Dadar station with six other students when she fell in the gap between the train and the platform.

She reportedly held on to the rod and got dragged a few feet whereby she lost both legs.

“One of her legs was amputated above the knee and the other one slightly below. She also had a major bladder puncture,” Dr Jayashree Mondkar, dean of Sion hospital, told the Hindustan Times.

“She was on ventilator and had undergone several surgeries for her multiple organ injuries.”

Johawir’s uncle – Jaffer Karim – says she was on her way to the airport where she would catch a flight back to South Sudan when the accident took place.

Karim says his brother – Abdallah Noah – had been hospitalized with Malaria and typhoid in Juba when the news of the accident was broken to him, causing him to collapse.

This occurred on Sunday. Doctors later pronounced the old man dead. Noah was the chief engineer of the state-run SSBC.

“We are now in communication with those in India and we have decided to bury her body there,” Karim told Eye Radio Wednesday.