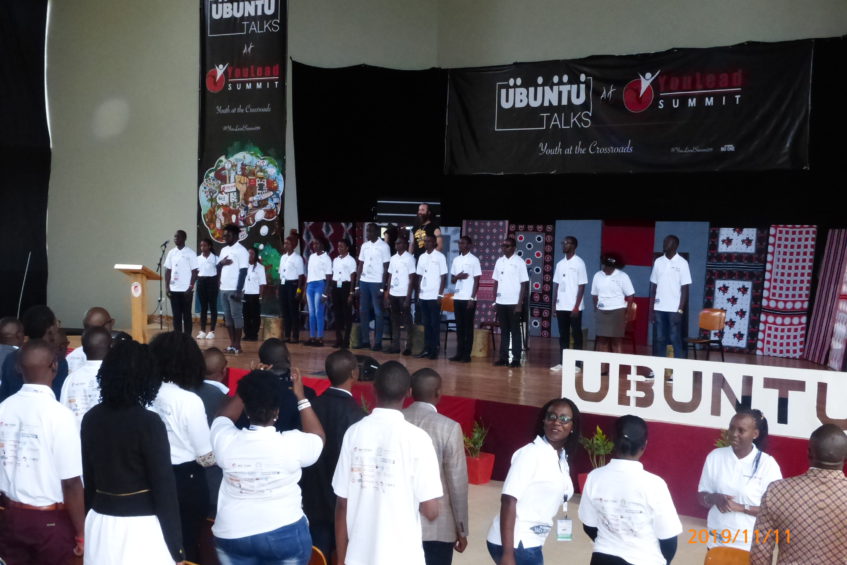 Commonly known as YouLead Summit, the program aims to increase the number of political population of young people, and develop their leadership skills in all disciplines.

In 2018, the Inter-Parliamentary Union report on Youth Participation in National Parliaments revealed that young people under 30 make up just over 2 per cent of the world’s MPs.

Speaking at the opening ceremony, Hon. Martin Ngoga, speaker of the East African Legislative Assembly urged young people in the region to take up leadership positions.

He said those already in leadership positions will not give young people power if they do not demand for it.

“It is your moment, and you have legitimate reasons to claim your seats,” Hon Ngoga told the youth.

“We are not wise enough to give it to you. So you have to claim it. Claim your seats; it is a legitimate claim you should not be apologetic about, because we leaders are all human beings who are always looking for how to keep things for themselves.”

The EALA speaker said if young people have the confidence and the capability, “you have capability and all it takes to participate.”

Meanwhile, Wani Michael, a South Sudanese civil society activist, called on the youth in the region to stand in solidarity with those in conflict-affected countries such as South Sudan, if they were to realize peace in the entire region.

“I think, in this region, we are facing a very serious issue that we don’t want to address, issue of peace and security,” he said.

For his part, Ezra Mbogori, the Executive Director of MS Training Centre for Development Cooperation, urged the young East Africans to utilize the platform to make a change in the challenges they are facing in their respective countries.

“We think that the moment is now. We think the potential exists. We think you make a difference, we think that you can turn what was once feared to be disaster and nightmare into a dream and you can take this region to the next level,” Mbogori stressed.

More than 300 young leaders and senior citizens from the East African countries are attending the summit themed: “Youth at Crossroads: Migration, Participation and Access to Opportunities.”

This year’s delegates comprise of the most innovative East African youth leaders aged between 18 and 35 in all disciplines from Kenya, Uganda, Tanzania, Rwanda, Burundi, DRC, Ethiopia, and South Sudan.

About 50 youth from South Sudan are participating in the summit. Many of them traveled on road for three days passing through Uganda and Rwanda before arriving in Tanzania.