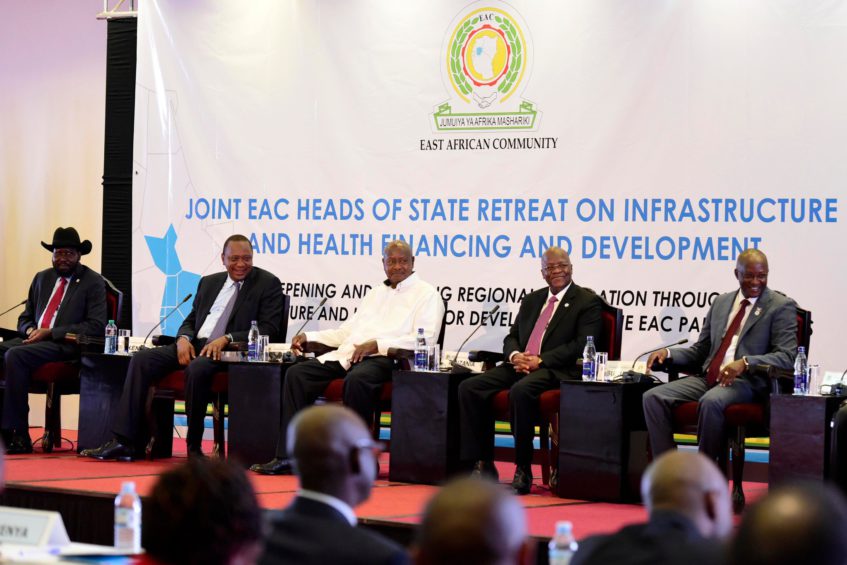 The 21st Ordinary meeting of the East African Community bloc has kicked-off this morning.

The meeting is being attended by the regional leaders virtually.

Among the items on the agenda is the consideration of the request by the Democratic Republic of Congo to join the EAC; progress report on the verification exercise for admission of the Federal Republic of Somalia into the EAC.

Other items include a progress report on the adoption of Political Confederation as a Transitional Model of the East African Political Federation, consideration of a Summit Directive to include French as an Official Language of the EAC, and a report on the roadmap for the Accelerated Integration of the Republic of South Sudan into the EAC.

The regional bloc is also expected to appoint a new Secretary-General, and appointment of Judges to the East African Court of Justice.

The last meeting of the Heads of State was in May 2020, when only Presidents Salva Kiir, Uhuru Kenyatta, Paul Kagame and Yoweri Museveni attended at the backdrop of the coronavirus pandemic emergency.

Tanzania and Burundi did not attend the meeting.

The May Consultative Meeting discussed the Regional Response to Covid-19 and the Free Movement of Goods.

Since then, trade among East African Community states has continued to decline due to the failure by partner states to agree on trade liberalization, integration, lack of product diversification, and non-tariff barriers as hurdles to intra-regional trade despite the implementation of the Single Customs Territory.

But South Sudan does not export any of these products. The country relies heavily on the Partner States for imports.

Experts say Uganda has been the region’s most consistent trade partner, surpassing Tanzania in 2017.