Eye Radio and MTN to organize the biggest Music Awards 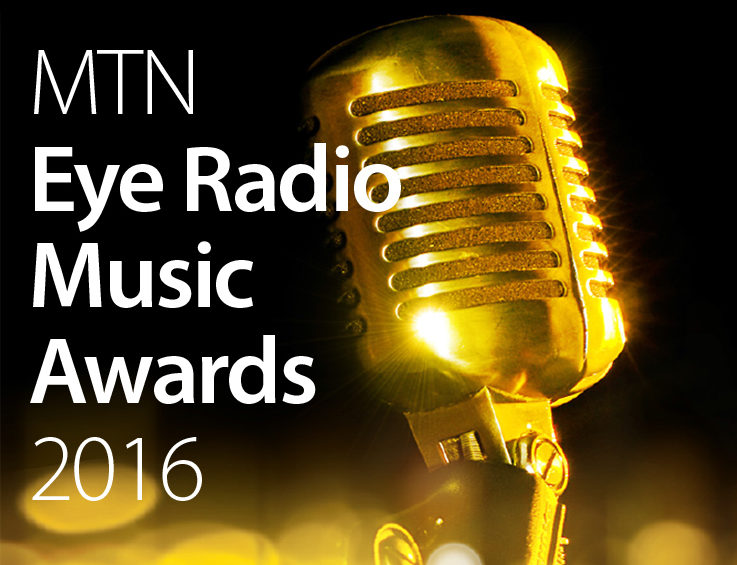 MTN and Eye Radio will this Saturday award 20 winners from the South Sudan Music industry in the MTN/Eye Radio Music Awards.

The event will begin at 1pm, with red carpet interviews, photo shoot for the artists and guests. The award ceremony begins at 2pm and will all be broadcasted Live on Eye Radio and Online.

For the last 3 months, the public has been voting to find the winners in over 70 nominees that were chosen based on the Eye Radio’s Top10 Music Program –that plays the 10 listener’s favorite songs of the week.

The public was voting on MTN line and on Facebook. Voting closed last week, and now the committee for the awards is organizing to award and celebrate 19 winners, which include the Best Comedian of the Year.

The MTN/Eye Radio Music awards which was launched in February, 2016 allowed fans of particular South Sudanese artists and songs to vote for their favorite nominees through SMS and on facebook.

There are 18 categories for the artist in this year’s awards. One special category of the Best Comedian of the Year was also included this round to appreciate the growing comedy industry in South Sudan.

The first radio music award was initiated to acknowledge and appreciate musicians who topped the charts on Eye Radio through 2014. As is the case this year, the artists were selected based on the dominance their songs have had on the Sunday’s Top10 Music Countdown program, which is driven by votes from Eye Radio listeners from abroad and across the country.

Top10 marks 6 years since becoming the first program in the country to allocated 3 solid hours to non-stop South Sudanese music.

The 2014 awards was a pilot. Six artists from six categories were awarded with well-designed and framed certificates.

This year, the nominees were derived from the list of 10 best songs of the week played on the Top 10 Program. This songs were voted for by fans through Song Request show and through facebook votes on’ ‘Top10 Eye Radio MC’ page.

Listeners of the show vote using social media, call-in and text messages every week to draw up the list of their favorite weekly songs on Eye Radio. Up to 200 (average) SMS, 156 (average) calls and several Facebook posts are collected every Sunday on the show.

The second annual Eye Radio Music awards which is organized this year in partnership with MTN- a giant telecommunication company operating in South Sudan. Series of concerts were organized at Club Vegas in Juba to allow the artists market their voting codes. It also allowed the fans to see their favorite nominees on stage.

The awards will take place on the 30th April, 2016 at Nyakuron Cultural Center in Juba.

Winners from each category will walk away with a beautifully designed accolade designed and imported all the way from South Africa.

The event will be live on Eye Radio.

Below are the categories and nominees that will be awarded this Saturday.