Floods displace over 1,500 in Koch County of Unity State 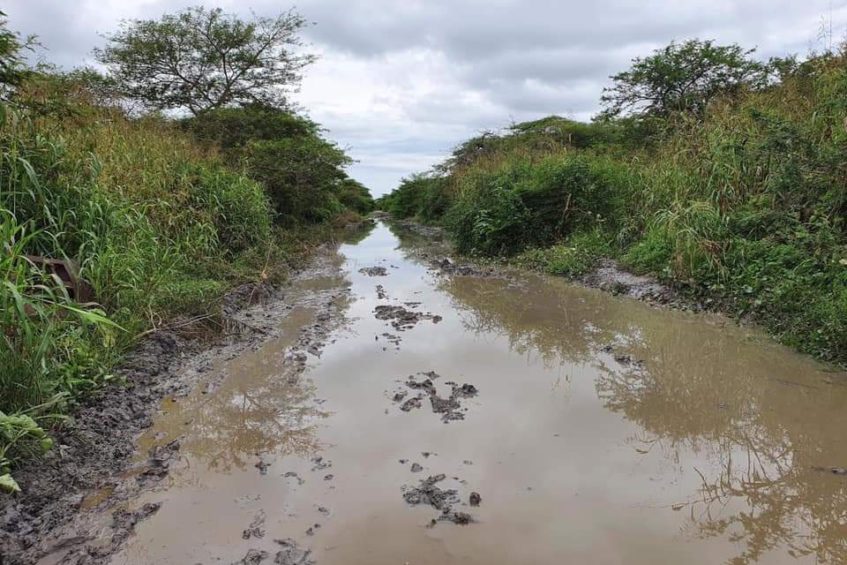 The road between Tharjaith and Koch County as of last week. Photo: Bigoah Gideon Majok

This is according to Gordon Koang Diel, the Koch County Commissioner.

Diel says heavy downpours in the past few days have submerged houses, forcing locals to seek refuge on higher grounds.

He stated that the road between the oil field, Thar-jath has also been rendered impassable.

More than 1,500 people displaced from their families are now seeking shelter at the county headquarters.

Gordon Koang says the people are in dire need of humanitarian relief, such as blankets, food and medicine.

He is now appealing to the national and state government to intervene and rescue the situation of people affected by the floods.

“Pakuru has 255, Ganj with 235, Nurpur has 225 and Mermer has 222 displaced due to the flood waters that inundated those area”, Gordon Koang Diel told Eye Radio on Sunday.

The most affected areas are in Jonglei, Pibor, Upper Nile, Unity, Western, and Eastern Equatoria states.