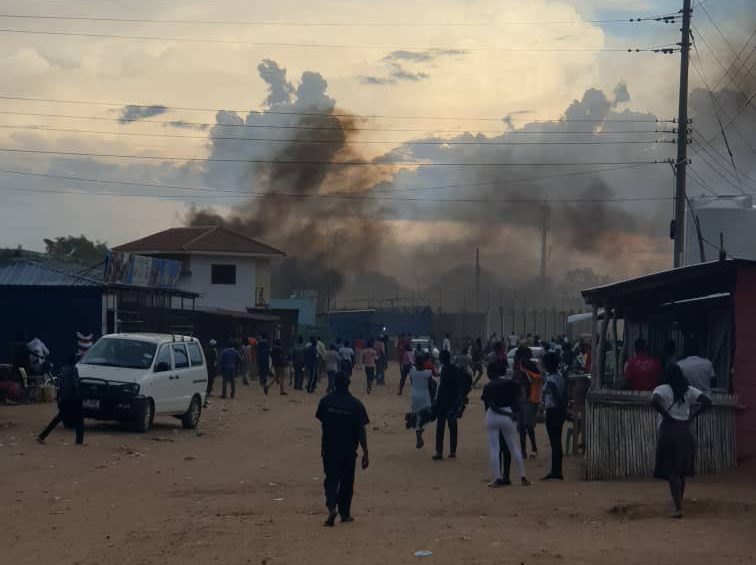 A cloud of dark smoke shot up after the explosion/Isaiah Chol/Eye Radio.

Two men have sustained serious injuries after a fuel truck exploded at Suk-mamur, about three hundred meters behind the national security headquarters on Thursday evening.

According to eyewitnesses, a man was trying to wield the tank when fuel vapor ignited, causing the explosion.

The unidentified wielder is said to have sustained serious burns while a nearby shopkeeper suffered a cut on the head.

Locals in the area say the windscreens of cars parked at the trading center were broken as a result of the vibration.

A businesswoman in Suk-mamur who only prefers to be identified as Hellen narrated to Eye Radio how it happened.

The injured have been rushed to Giada Military Hospital.

An Eye Radio journalist who visited the scene described it as a “garage that appeared to be a scrapyard.”

There were no signs of firefighters at the scene, but police later arrived to find no active fire but a murmuring crowd.