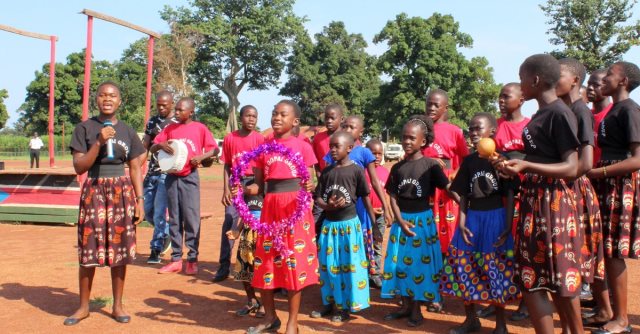 A girls' dance group during a function in Yambio | File photo

The Governor of Gbudue has warned men in the state against marrying underage girls.

According to the UN children’s agency, 52% of girls in South Sudan are married before their 18th birthday.

This is often attributed to high levels of poverty, conflict, instability, low levels of literacy and gender gaps in education in South Sudan.

UNICEF says girls and families often feel that they are escaping poverty by marrying young.

Addressing hundreds of celebrants yesterday during the 7th anniversary of South Sudan independence in Yambio town, Governor Daniel Badagbu said any man who impregnates a teenage girl will be punished.

“Any man who sees those young girls and says they are fit for [marriage] when they are still underage, the door of my prison is open,” Badagbu threatened. “We cannot destroy our own future; these girls must be protected.”

They say it also violates the right of girls to be free from violence, and to marry only when they are able and willing to give their free consent.