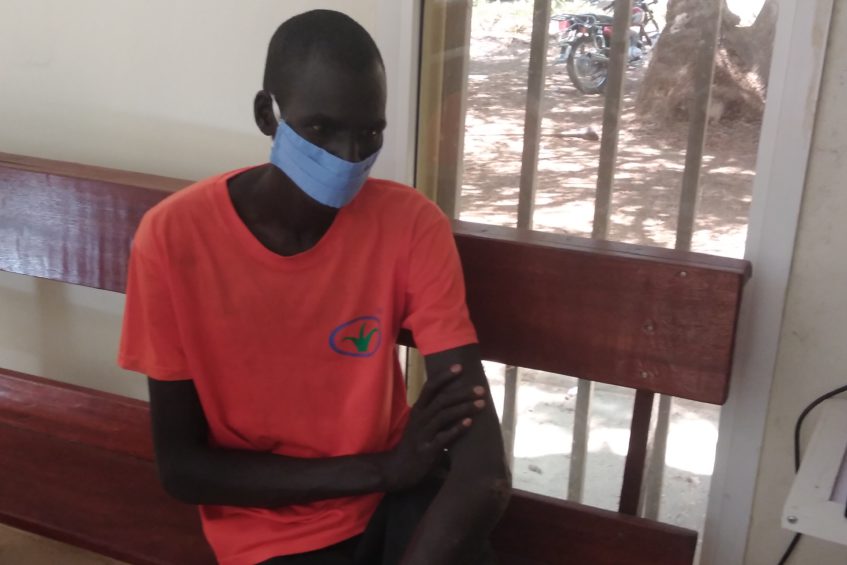 Bol Tong Akol has been sentenced to 10 years in prison. Credit|Michael Daniel/Eye Radio

“I do hereby impose [that] the convict is sentenced to 10 years imprisonment to be served to start from 1st of December, 2020,” Judge Francis Amum Awin read out a verdict Wednesday.

The judge of the special court on Gender-based violence in Juba found 26-year-old Bol Tong Akol guilty for defiling a 14-year-old schoolgirl. He is said to be a relative of the girl.

According to the court, the convict sexually abused the young girl –five times –in Gudele in December last year.

“The convict has to pay 500,000 South Sudanese Pounds as reparation through civil proceedings,” he continued.

Mr. Tong and his lawyer have 15 days to appeal the ruling.

Tong was sentenced under Section 247 of the Penal Code, which states that “any sexual intercourse with another person, against his or her will or without his or her consent, commits the offence of rape.”

Since January this year, the GBV court has sentenced more than 12 men to 10 years each in prison for molesting young girls.

The GBV court was inaugurated last December to handle crimes related to women and children in the country.

Peace partners call on govt to deescalate the conflict in Tambura