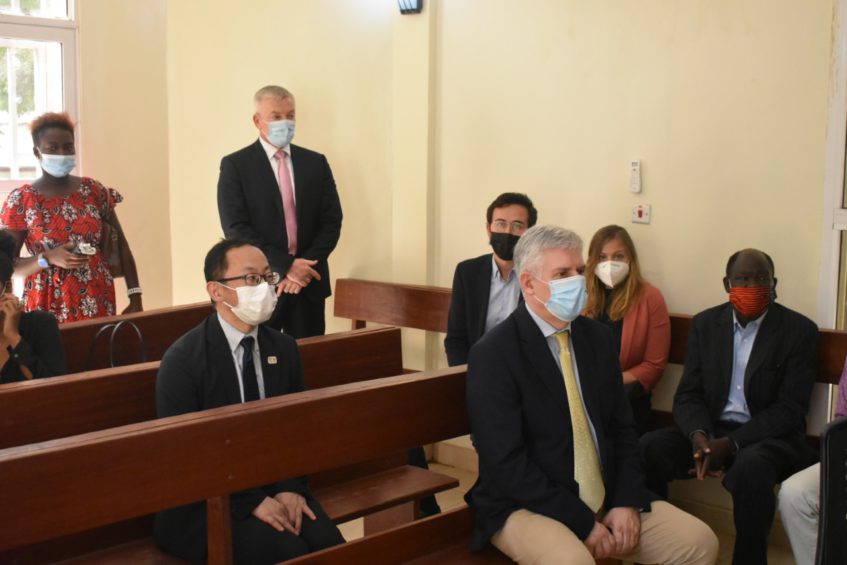 A foreign diplomat and a UN representative have commended the work of the newly established Gender-based violence court in addressing impunities related to crimes committed against women and girls.

The Ambassador of the Netherlands to South Sudan said the public has witnessed perpetrators of sexual violence being sentenced to prison by the court since its establishment late last year.

Given the reported rise in the number of sexual and gender-based violence cases across the country, the court has been trying suspects and bringing perpetrators of GBV to book.

So far, it has convicted nearly to men after it found them guilty of molesting little girls.

On Tuesday, February 3, members of the diplomatic corps held a press at the court premise to acknowledge its success.

“The signal [is that]…people who are committing these crimes are being punished, [and] the second signal is to women, girls and victims of GBV in the country that there is no more situation that you are being left alone,” Ambassador Jelte van Wieren said.

He believes the work of the court is helping lessen the effects of GBV such as; trauma, destruction of families.

“I hope that victims of gender-based violence feel more confident, not isolating themselves…but bring their cases to the authorities and to the court to be heard.”

The special court was recently established, with support from development partners – including the Netherlands, France, Norway, Canada and Japan.

The UNDP deputy resident representative – Christy Ahenkora – said they will work with other institutions to entrench the work of the court.

“We also need to look at…the police and prison services. People stay in police custody for a long time because there are no cars for transport. So the member of judiciary and prosecutor can all have access to court and the big bus can be used to  transport the prisoner so we can deliver  justice on time.”