Give me my money, 99-year-old pensioner asks gov’t 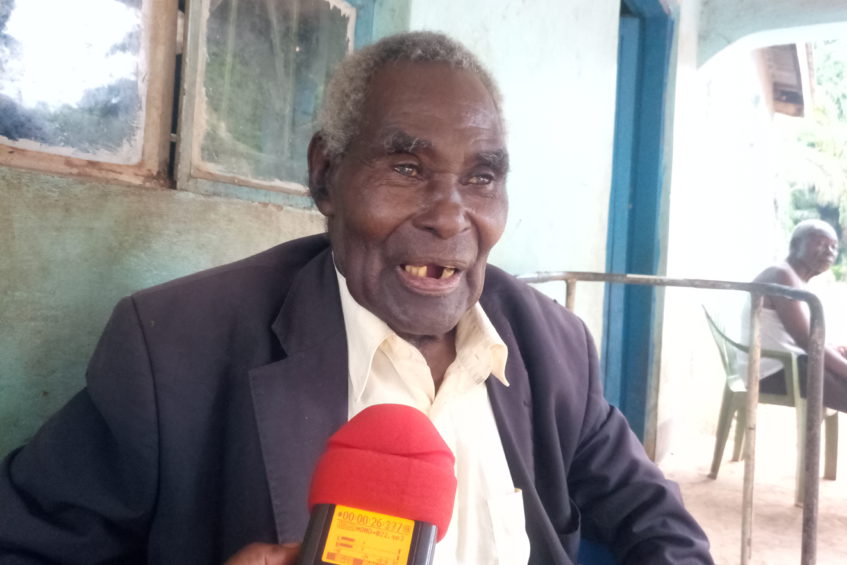 A 99-year-old retired teacher in Western Equatoria State has appealed to the government to pay his retirement benefits.

Samuel Wassara started teaching in 1950, a year after completing his primary school in Yambio.

In 2013, Wassara, like many other civil servants in the country, received his retirement notification from the Ministry of Labor and Public Service in the state.

“But they have not done anything since then,” he told Eye Radio.

But he says he has not received his benefits since then.

The father of 35 children told Eye Radio that his retirement benefits would help improve his living conditions, and care for his 75 grandchildren and 78 grand-grand-children.

“We are still expecting the concerned authorities to look into our case – give us our pension,” Wassara added.

It’s not clear how much he expects from the government.

Since July 2011, thousands of South Sudanese pensioners have not received their retirement benefits, as their money was stacked in Sudanese banks.

The retired civil servants were laid off by the Sudanese government after independence in 2011.

Talks between South Sudan and Sudan over the wiring of the retirement benefits from Khartoum have not yielded fruits for years.

The South Sudan Pension Fund, established by an Act in 2012 is to collect, manage, and pay pensions.

The Fund launched its first payment of pensioners in 2019.

According to the labor ministry, 235 pensioners who had worked in the Sudan received their benefits.

But many others, like the 99-year-old retired teacher, are yet to be paid.

A pension is a fund into which a sum of money is added during an employee’s employment years, and from which payments are drawn to support the person’s retirement from work in the form of periodic payments.