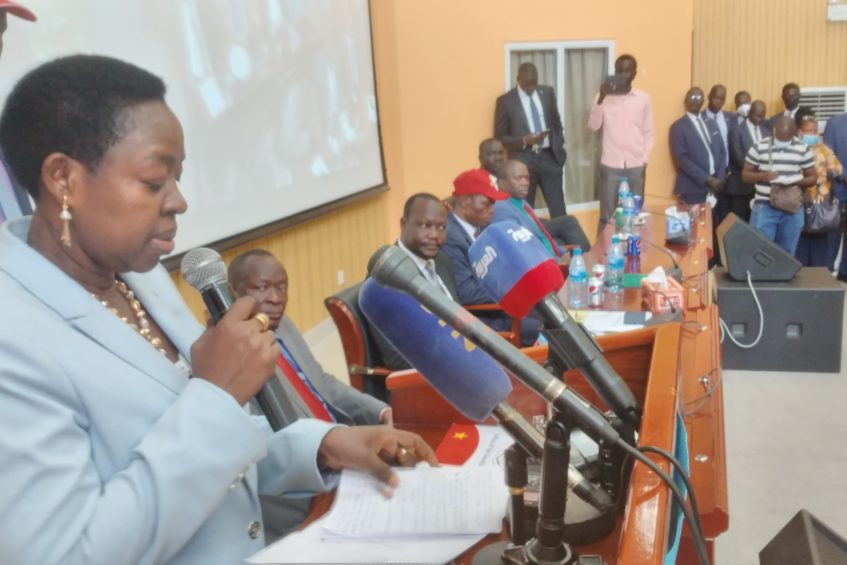 The Acting Secretary-General of the ruling Sudan’s People’s Liberation Movement says there is need for orientation to the state governors and their deputies on how a coalition government works.

Nunu Nkumba stated that some of the governors and their deputy’s do not understand the peace agreement and their mandate.

This is after some states governors and their deputies have been at odds over appointments.

Such incidents have occurred in Lake’s State, Western Equatoria and Western Bahr el Ghazal State where the governor and their deputies mostly disagree over positions and resources.

In April, President Salva Kiir wrote a “letter of disappointment” to the governors, saying he was not happy with the manner in which they are handling their respective state affairs.

He describes this as unfortunate and unacceptable behavior, and directs them to respect each other, comply with the required protocols and uphold standard governance procedures.

He urged them to cooperate and implement the revitalized peace deal regardless of their political or ethnic differences.

Observers say there is still a brewing conflict over the designation of roles and responsibilities within the executive branch of the states.

Now the acting Secretary-General of the SPLM party who doubles as the minister of Parliamentary Affairs, Jemma Nunu Nkuma calls on the presidency to call all the governors and their deputy for orientation to understand their mandate and what the agreement requires of them as they works together.

“It is not easy for people to come from different parties to work together as a team. Some of these governors does not understand this, they still see themselves as enemies of yesterday. There is a need for orientation to bring this people together,” said Jemma Nunu.

“The governors and their deputies need orientation on the issues of governance and how coalition government works, and understand that we are in the unity government.”

“This people are the same fighting each other yesterday and today. You bring them in the same room to work together, it is not automatic, it need time to build confidence.

According to the revitalized peace agreement, decision-making in the government shall be in a spirit of collegial collaboration.

It also requires the state governments to consult and cooperate in the interest of peace and stability.