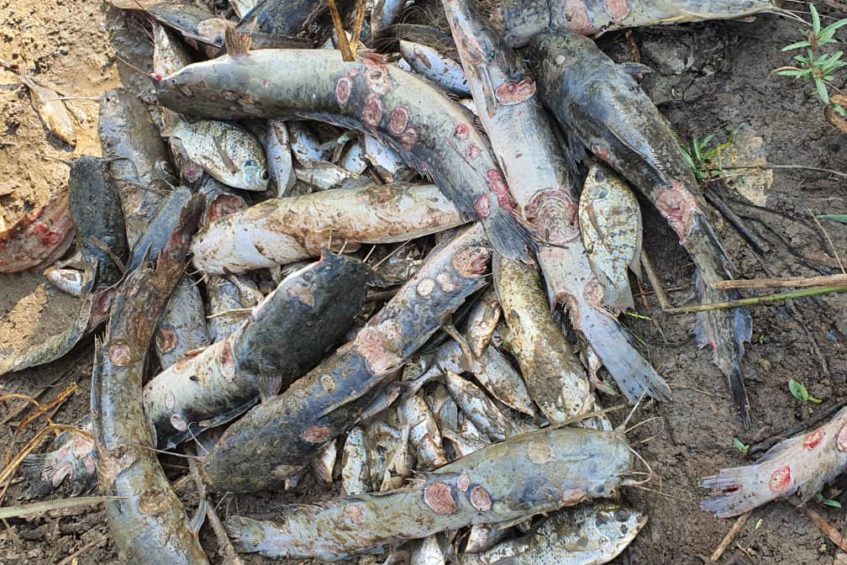 Fish that has been affected by the Epizootic Ulcerative Syndrome, disease in Northern Bhar El Ghazal State - courtesy

The Ministry of Livestock and Fisheries says citizens in Northern Bahr el Ghazal State can now resume eating fish from the Lol River. This is after experts finalized an investigation of a strange disease affecting fish in the area.

In December last year, fishermen at the Lol River reported an unknown diseases after they discovered wounds on the bodies of the fish fetched.

This prompted the authorities to ban fishing in the river and its tributaries.

On December 20th, the Ministry and the UN Food and Agricultural Organization then dispatched a team of experts to Aweil to investigate the cause of the fish infection.

In the joint technical committee report of health professionals released on Thursday, the diagnostic investigations named the strange disease as Epizootic Ulcerative Syndrome or EUS, a fungal infection with a life cycle of less than 20 days.

The report reveals that the lifespan of the infection has now finished and the fish is now safe for consumption.

He says the disease does not pose a direct health risk to secondary consumers adding that locals there can now resume fishing activities.

“It is a fungal disease, it does not poses direct health risk, but infection resulting from eating the fish alteration will have health complication to humans consuming such fish”, Adigo explains to journalists on Thursday.

“I therefore declare that the state government of Northern Bahr El Ghazal has to lift the ban on fishing activities along the Lou River for our people to go along with their normal livelihood and food security activities.” he stated.

The report indicates that the disease first reported at Gangura River of Western Equatoria State in March 2020.

The Gangura River, which connects to Lol River has its tributaries from the Democratic Republic of Congo.

The health experts suspects that the two outbreaks in the country must have originated from the tropical rainforest of the Democratic Republic of Congo.

EUS disease was also reported in Japan in 1971 and in Botswana, Namibia, and Zambia in 2007.