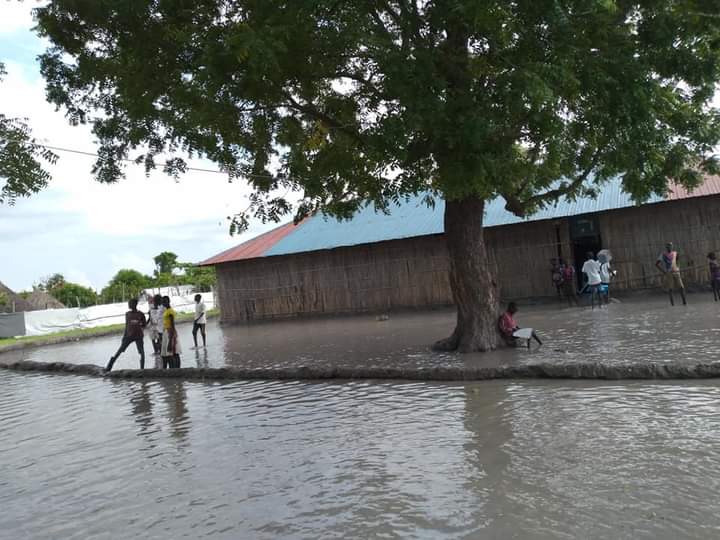 The governance cluster chaired by the first vice president Dr. Riek Machar has declared the flood across the country as a national emergency.

According to the UN Office for Coordination of Humanitarian Affairs or UNOCHA, an estimated 380,000 people have been affected by flooding in six states since May – with Jonglei and Unity the most affected.

This came after it destroyed homes and agricultural fields – forcing families and their livestock to higher grounds.

In response, the cluster resolved to form a ministerial committee to address the flood situation.

Garang Tong Aken, deputy minister of Cabinet Affairs, stated in a statement issued on Tuesday that the cluster discussed the issue of flooding and “declared it as a national emergency”.

“The cluster also documented the responsive committee being formed of the ministry of humanitarian affairs, ministry defense, ministry water and irrigation, ministry of health, ministry information and ministry of gender. This ministries will form a committee to address the issues of the flood,” Aken added.