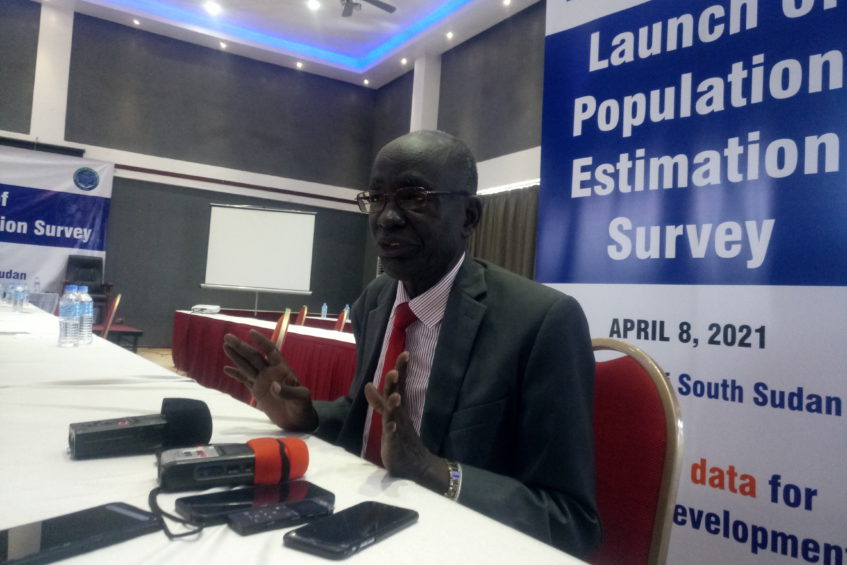 The government and partners have launched the Population Estimation Survey to generate data that will help with the efficient delivery of services in South Sudan.

The Population Estimation Survey (PES) is a semi-census exercise that counts the people in households in selected areas in the country.

According to the National Bureau of Statistics, South Sudan currently has an estimated 13 million people.

Isaiah Chol is the Chairperson of the National Bureau of Statistics.

He says the projection is based on migration, death and birth rate.

Census is the process of collecting, compiling, analyzing or disseminating demographic, economic and social data of all persons in a country.

South Sudanese were lastly counted during the 2008 Sudan Population and Housing Census.

Mr. Chol says South Sudan is no longer using that data because it is outdated.

The government believes the goal of the 2021 population Estimation survey is to improve the quality of living standards of the people of South Sudan.

The current and reliable population and socio-economic indicators will support policy formulation.

The 2.9 million US-dollar program is expected to be completed within 17 days.

The United Nations recommends that a population census be conducted at least every ten years.