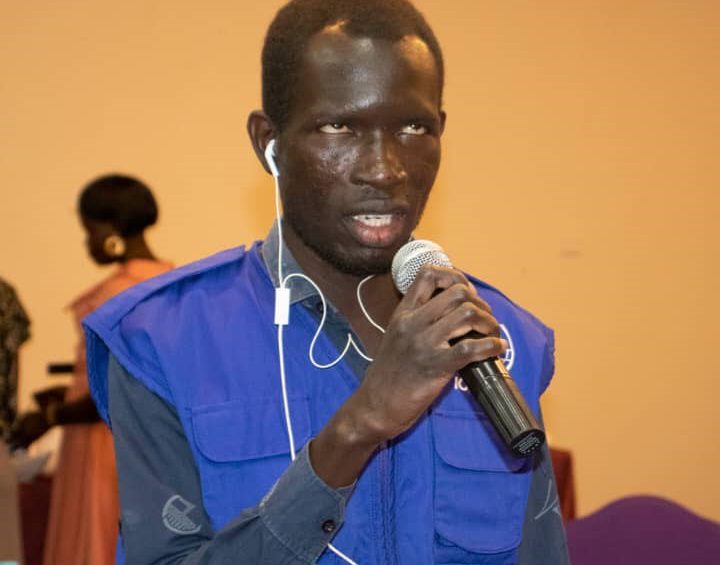 Henry Swaka who is visually impaired, is an activist for people with disabilities - COURTESY

An activist for people with disabilities appealed to the government at all levels to assist visually impaired South Sudanese with braille materials.

He made the appeal on Tuesday during an interview with Eye Radio in commemoration of World Braille Day.

World Braille Day is marked to honor Louis Braille, the inventor of the Braille system of reading and writing for the visually challenged.

January 4th has been observed as Braille day since 2019 after the United Nations General Assembly picked it in 2018.

It involves a script with raised dots that can be read with the fingers by people who are blind or who have low vision.

The UN made decision in order to raise awareness of the importance of braille as means of communication in the full realization of the human rights for blind and partially sighted people.

Henry Swaka, an activist for people with disabilities, told Eye Radio that there is only one training center in the country.

“Many people who cannot see have not been able to go to school and still cannot go to school because of limited access to Braille,” Swaka said.

“The whole country has only one center in Juba where this training only happens.”

South Sudan just like any other country globally with a number of visually impaired has benefited from the system.

According to the World Bank, there are at least 1 billion people around the world living with some form of disability, 80% are located in the so-called developing countries.

These data point out that disabled people are exposed to a long series of limitations and abuses due to their status.

This happens especially in countries where social protection and health services are weaker.