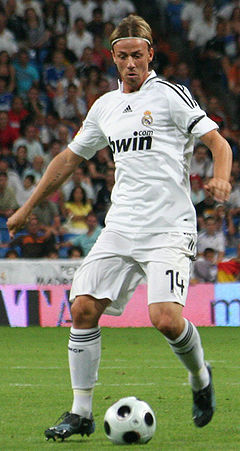 Real Madrid president Victor Galvez has seemingly confirmed that Guti will take over the vacant managerial post at Real Madrid.

Madrid are on the lookout for a new boss after Zinedine Zidane resigned just five days after leading the club to a third successive Champions League title last month.

The likes of Mauricio Pochettino, Jurgen Klopp and Arsene Wenger have been linked with the role, but Guti has now reportedly emerged as the frontrunner.

The 41-year-old Madrid legend is currently in charge of the club’s youth team, but had been on the shortlists of Murcia as well as Scottish club St Mirren.

However, the Spaniard now looks set for a much higher-profile job, with the Murcia president admitting that Zidane’s resignation has scuppered his chances of appointing Guti.

“Guti will be the coach of Real Madrid so he won’t coach Murcia. I wish Zidane had stayed for two more days so that we could’ve completed the deal for Guti,” Galvez told reporters.

Guti made 542 appearances for Real Madrid during a 14-year career at the Bernabeu, helping the club to 15 trophies including five La Liga titles and three Champions League crowns.