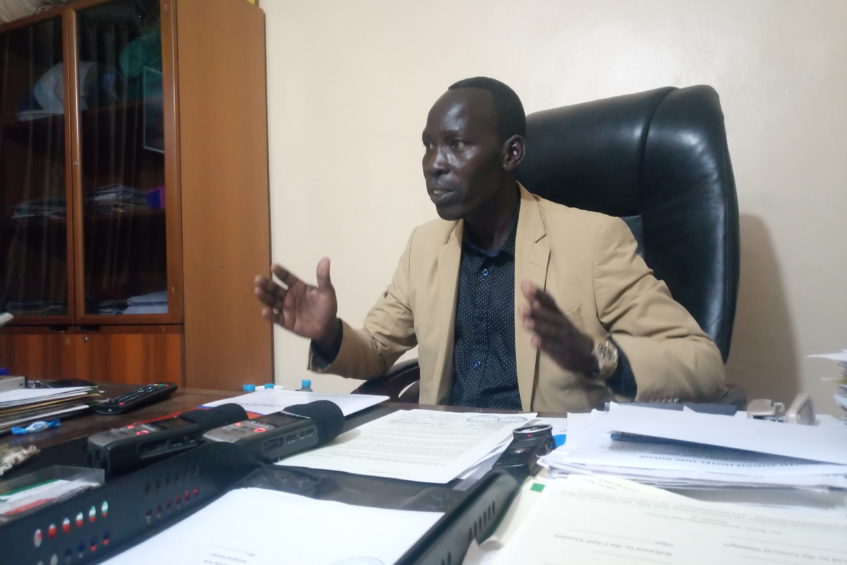 Joseph Chol, the Managing Director of Referenda Apartments says they have given five days for the government to clear their arrears/Charles Wote/Eye Radio

Nine hotels in Juba have threatened to evict peace delegates in five days if the National Transitional Committee failed to pay over 10 million US dollars accumulated bills.

In a letter addressed to the chairperson of National Transitional Committee (NTC) Tut Gatluak, the hotel managers say they have been accommodating over 300 peace delegates since 2019.

“Some of the hotels have accommodated the clients since 2019 up to date they have not been paid even though the government has a claim of having paid some of the arrears,” Joseph Chol, Managing Director of Referenda Apartments said Tuesday evening.

“So we have been trying to reach the NTC chairperson but we failed. Our message to our government and the NTC as our client is to let them know that we have workers, we have also other businesses that we transact with and all that we rely on the payment that is supposed to be paid to us and none of this has materialized from the NTC up to now.”

“So we are actually sending out the information to them that, they need to make sure that, our demands that are going above $10 million is at least taken care of,” Mr. Chol added.

According to the hotel managers, they are accommodating officials comprising of ministers, members of parliaments, and military generals of various peace parties.

The General Manager of South Sudan Hotel, Mel Garang Yout said the officials are “very important people in the country and they are all from parties that signatories to the revitalized peace agreement.”

“So we really need urgent payment if they don’t pay we are giving them the note of only five days or week to clear our bills if they are not going to clear our bills, we will chase them away from our rooms,” he threatened.

There are hundreds of peace delegates representing the SPLM-IO, South Sudan Opposition Alliance, Former Detainees, and Other Political Parties being accommodated by the government.

Eye Radio repeatedly called the NTC for comments but there was no immediate response.