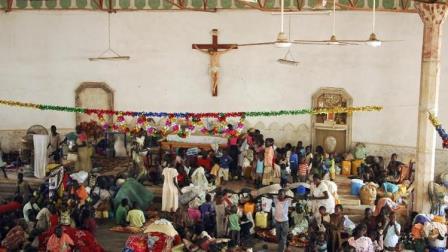 IDPs shelter in a church in Malakal

A report conducted by IOM and UNHCR shows that nearly half of the displaced people in Malakal are ready to go back home.

With the outbreak of the conflict in 2013, residents fled – with some seeking refuge in UN Protection of Civilian sites.

The report, dubbed Intention – Perception Survey, indicates that, of those intending to leave, just under 43% say they own land or house where they will seek shelter.