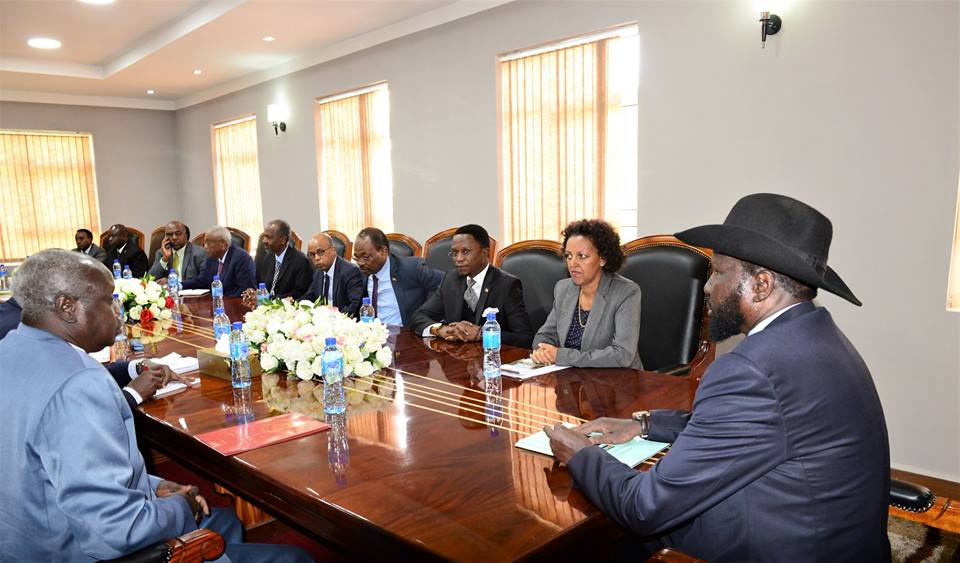 The IGAD Council of Ministers has called on the government of South Sudan to urgently disburse the funds for the implementation of the critical pending tasks in the peace agreement.

Early last month, the government pledged to make available an additional $100 million to expedite the implementation of the pending tasks during the pre-transitional period.

Some of the key pending tasks include security arrangement, number of states and constitutional amendments.

In February, the National Pre-Transitional Committee presented a $285 million operational budget to the R-JMEC, which was approved by the cabinet during its extraordinary meeting in Juba.

The budget was to cover its activities in the security sector mechanisms, sub-committees and the national constitutional amendment committee.

But the assembling, screening, training and unification of forces has not kicked off as envisoned in the peace agreement.

Just last week, a division of the SPLA-IO gathered at Ngiri cantonment site in Amadi state complaint of lack of food and accommodation for about 2,000 soldiers.

The commander told Eye Radio that most of the forces have returned to the bush due to the hardship they experienced at the site.

The security sector mechanisms were recently sent by the Joint Defense Board to visit all the cantonment site and begin work of reorganizing the forces.

The council received reports on the status of South Sudan Peace process from IGAD Special Envoy, Ismael Wais, and the Interim chairperson of the R-JMEC, Lt Gen Augostino Njoroge.

The council commended the positive developments in the implementation of the R-ARCSS.

“[The council] calls on all Parties to the Agreement to continue their engagement in the peace process; and thanks the Special Envoy and the R-JMEC for their efforts,” the statement reads.

It also called on Member States; Ethiopia, Kenya and Uganda to provide logistical and technical support to the cantonment process.

The Council further urged the international community to “reinforce the support that has been provided” for the implementation of the revitalized peace agreement.

But in April, the TROIKA [United States, United King and Norway], who are South Sudan’s biggest funders said they would like to see the level of transparency placed on the money pledged by the government in order “to create trust between the international community and the government.”

They called on the peace parties to create “clear mechanisms on how they spend peace funds for better implementation of the extended pre-transitional period.”

“The criteria for management and disbursement of this money is very crucial,” Ambassador Frances Collin said -on behalf of Troika.

Meanwhile, in a communique seen by Eye Radio, IGAD applauded the parties for the continued relative calm and stability in the country, but also called on them to provide special protection to women and girls as they remain vulnerable.

The statement reiterated the importance of the special role of women in the peace process and urged all the Parties to abide by the provision of the Agreement on the participation of women in all institutions and mechanisms.

It appreciated the inclusion of a woman representative to the ceasefire monitoring body, CTASAMVM.

IGAD urged R-JMEC and CTSAMVM to give special attention to the matter and report regularly.