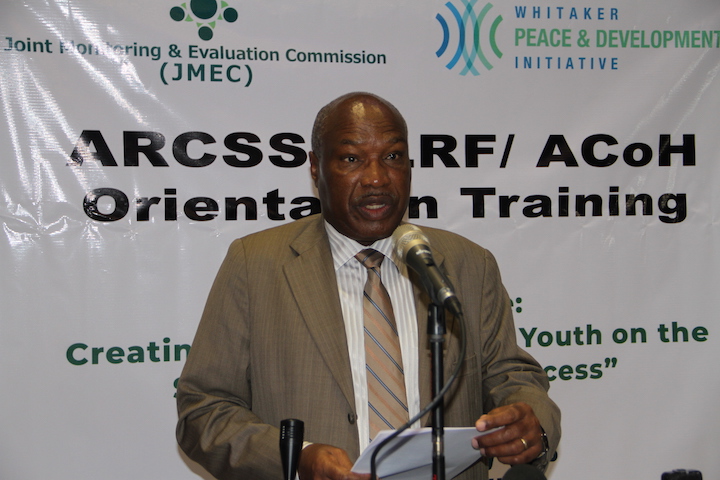 The Joint Monitoring and Evaluation Commission has described as disheartening the continuous killings and displacement of civilians after the recent declaration of a permanent ceasefire by the parties.

Amb Augustino Njoroge, the JMEC deputy chairperson, made the remarks during the opening of a 4-day orientation workshop in Juba on Monday.

“The impact of the war on the civilian population is deeply disheartening. We in the JMEC, particularly deeply regret the killing of civilians, sexual violence against women, the displacement of children, the elderly and disabled persons,” Njoroge said.

Amb Njoroge added that effects of the war are putting more pressure on an already fragile economy and causing more despair amongst the South Sudanese population:

“Today, we are still being confronted by increased hostilities amongst different Parties and flagrant violations of the permanent ceasefire,” the Kenyan diplomat continued.

“The continuously deteriorating political, security, humanitarian and economic situation in the country has caused unprecedented displacement, famine and economic depression.”

The deputy Chair of the monitoring body reiterated that the commission condemns any acts of violence on civilian population and reminds the parties to fully commit to the letter and spirit of Cessation of Hostilities Agreement that the parties signed December 2017.

The workshop themed, “Peace in Time: Creating awareness for the Youth on the South Sudan Peace Process,” is organized by JMEC in collaboration with the Whitaker Peace and Development Initiative.

It brought together 200 students from the center.

Amb Augustine Njoroge appealed to the youth to be front-runners in promoting peace in the country:

“Information and awareness about the content and procedures of the Peace process, including all the agreements that have emanated from it, is crucial in enabling effective participation among the South Sudanese population,” the Ambassador stressed.