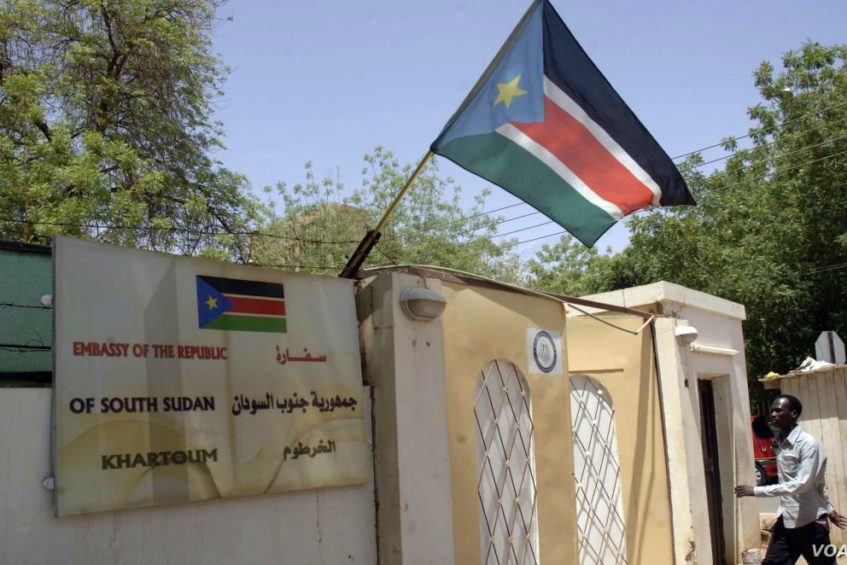 The Ministry of Foreign Affairs and International Cooperation says it reconsiders cutting down on the number of its staff in foreign missions.

This comes amidst criticism from members of the public who believe that the government is spending more money on foreign missions without meaningful benefits as civil servants go for nearly months without pay.

“There are people who are saying that we have too many diplomats outside, or we have too many attachés from different ministries here or institutions. Now we can talk about reforms,” Minister Mayik Ayii told Eye Radio on Wednesday.

Last week, the cabinet directed the ministry of finance to pay at least 100 million dollars to the ministry of foreign affairs to clear the arrears of diplomats and staff of South Sudan embassies.

Juba has been struggling to maintain its foreign missions over alleged financial constraints.

In 2015, it had 25 functioning embassies across the world, and had plans to open up more as a way of improving the country’s engagement and relations with other countries.

But in the years that followed, the embassies experienced a reduction in the number of personnel, while others faced evictions over unpaid rent.

The government said each foreign mission had between 20 to 25 staff -with non-essential workers, which increases salaries and other operational costs.

The foreign affairs ministry said it would continue to review the status of it’s the then 39 embassies and a consulate in Dubai before deciding on the number to be closed.

In June 2019, the government announced plans to close South Sudan’s embassies in France, Norway, Ghana, Kuwait and Italy, among others due to the economic crisis.

The decision was criticized by political commentators who believed it could lead to international isolation of South Sudan.

“Our diplomatic reach is still in its infancy. So, hopefully, we will sit down once we clear this [arrears] and see what to do. Do we put few diplomats in one embassy? Or do we open more embassies? Or do we close some? Ayii added.

However, it is not clear now how many embassies and staff the government has in foreign countries.

In May 2019, the Ministry of Foreign Affairs sacked 40 diplomats for reportedly not showing up for work over a prolonged period.