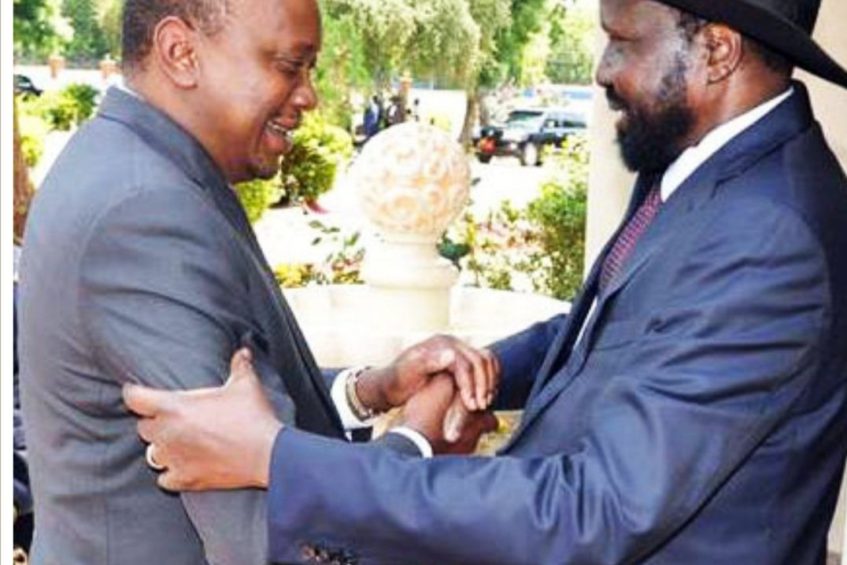 He announced this at the 21st Ordinary Summit of the East African Community Heads of State on Saturday.

“In the spirit of one people’s one destiny, Kenya has allowed free movement of people from our region to come and do business or even social activities without unnecessary hindrances. This is after recognizing that a united East Africa stands stronger than a divided one. In this context and as requested earlier by President Salva Kiir of South Sudan, Kenya will remove all visa restrictions on South Sudan on the basis of reciprocity,” he said.

President Kenyatta’s announcement came after president Salva Kiir appealed to the neighboring countries for a visa waiver, particularly between South Sudan on one hand and Kenya and Uganda on the other.

The three east African countries charge 50 US dollars for a single entry visa for ordinary citizens.

For his part, President Kiir believes easing movement restrictions would facilitate trade and investment in the region.

“It is in our best interest to ease the movement of people and goods within the region. Doing so would facilitate trade, investment as well contributes to our end goal of East African regional integration,” Kiir said while briefing the Summit of his government’s progress to fully integrate into the EAC bloc.

The Kenyan president also assumed chairmanship of the EAC bloc in the virtual meeting attended by all leaders of the six countries.

The EAC summit also appointed Dr. Peter Mutuku Mathuki from Kenya as the new Secretary-General of the Community.

The summit also appointed six judges to the East African Court of Justice.

According to a communique shared after the meeting, the regional leaders said they considered a report on the roadmap for the accelerated integration of South Sudan into the EAC, and directed the Council of Ministers to conclude the process.

Among the items discussed, the summit considered the request by the Democratic Republic of Congo to join the EAC and directed the Council of Ministers to expeditiously undertake a verification mission in accordance with the EAC procedure for admission of new members into the bloc.

The Council is to report to the 22nd Summit.