You are here: Home  |  Economy | Education | Featured | News | Peace   |   Kiir describes as “Shameful” the failure of SPLM to deliver

Kiir describes as “Shameful” the failure of SPLM to deliver 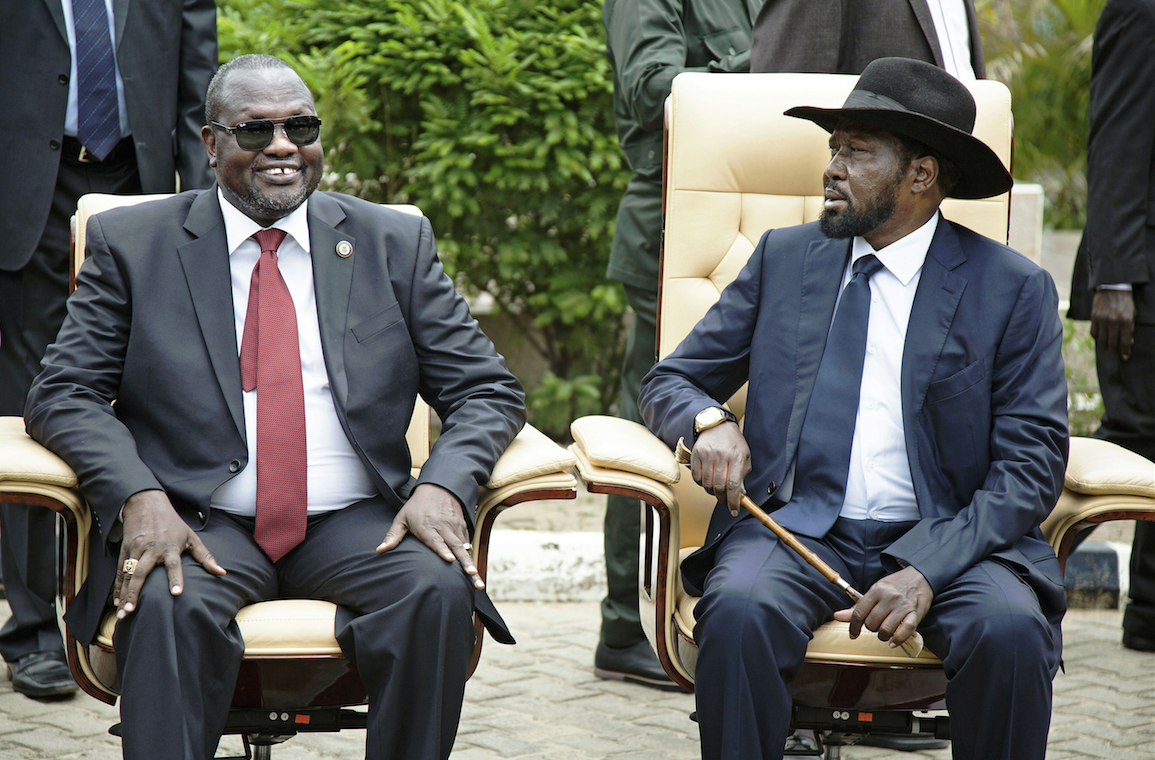 President Salva Kiir says it is ‘shameful’ that the SPLM has not been able to pay back the masses for their support during the liberation struggle.

He admitted that the country’s dominant party has not met the expectations of the people since taking power in 2005.

Most parts of South Sudan are said to have collapsed into a state of humanitarian need, where the basics of survival — food, medicines, and clean drinking water – are non-existent.

According to President Kiir, the SPLM has been bogged down with internal splits and conflicts over leadership and foregoing service delivery.

Early this year, South Sudanese expressed disappointment with the SPLM leaders for deviating from the promises made by Dr. John Garang during the signing of the Comprehensive Peace Agreement in 2005.

The SPLM through its former leader had pledged to rebuild the war-devastated South Sudan using existing wealth.

Garang stated that the party would implement a social, political, and economic development strategy and programmes that include using oil money to strengthen agriculture as the engine of growth.

This includes “taking towns to the people” in the countryside through rural small-town planning and rural electrification.

But nearly two decades later, the people of South Sudan say the ruling class has failed to achieve any of the promises made in 2005.

In his address at the swearing in ceremony of the newly appointed SPLM Acting Secretary-General, President Salva Kiir agrees that the SPLM has not lived up to its promises.

“The people of South Sudan stood with us and by our side, but what have we done to the people? We are supposed to pay them back, we owe them.”

Since 2011, South Sudan has been ranked at the bottom of Global Peace indexes, quality of life and Human Development indexes, Press Freedom index, among others.

In December 2013, the ruling party split following political wrangles within the leadership.

The five years of intense conflict between the government and the SPLM/A-IO and other opposition groups resulted in the death of thousands of people and displaced millions.

In 2015, a coalition government was formed after the region mediated a peace settlement.

But in July 2016, fighting resumed in Juba and across the country after both sides blamed each other of failing to implement the peace deal.

More South Sudanese were killed, raped, homes destroyed and millions more forced to flee to Uganda, Sudan and Kenya, while others sought safety at the internally displaced persons’ camps.

President Salva Kiir and Dr. Riek Machar’s troops fought each other in what is described as power struggle within SPLM party, until 2018 when they agreed to work together again.

A unity government has since been formed, but many reforms spelled out in the revitalized peace deal have yet to be accomplished.

According to UN humanitarian agencies, the revitalized peace agreement has not changed the humanitarian situation in South Sudan.

They say more than two-thirds of South Sudan’s population, or 8.3 million people, are estimated to need humanitarian assistance in 2021,

They include 8 million South Sudanese women, and 310,000 refugees and asylum seekers in the region.

Experts believe this is because the leaders have failed to restore durable peace and invest in basic services that encourage stability and sustainable development.

The economy has continued a downward spiral, pushing people to the brink, especially in urban areas.

On July 9 – during the 10th independence anniversary, South Sudanese told Eye Radio that the political leaders were to blame for dragging the country into an unending circle of violence and continued political instability.

In his remarks on Wednesday, President Kiir who is also the chairman of the SPLM said it is time the leaders work in the interest of their people.

“How and when are we going to pay them back if we are fighting among ourselves? If we continue to fight one another, we will not be able to pay them back, this is shameful on us,” said President Kiir.

“We are the men and women who are heroes and heroines of this country because we fought until we brought independence of South Sudan, but by fighting among ourselves, we have disappointed our people.”

“Let us accept one another and be children of one husband and one wife,” Kiir told the SPLM members at the party headquarters in Juba on Wednesday.

South Sudan’s humanitarian and development partners say the current challenges can be overcome by putting national interest before personal interest.

They stated that this should include principled leadership, and by a strong sense of national unity that prioritizes South Sudanese identity while respecting the diversity that makes South Sudan culturally rich.