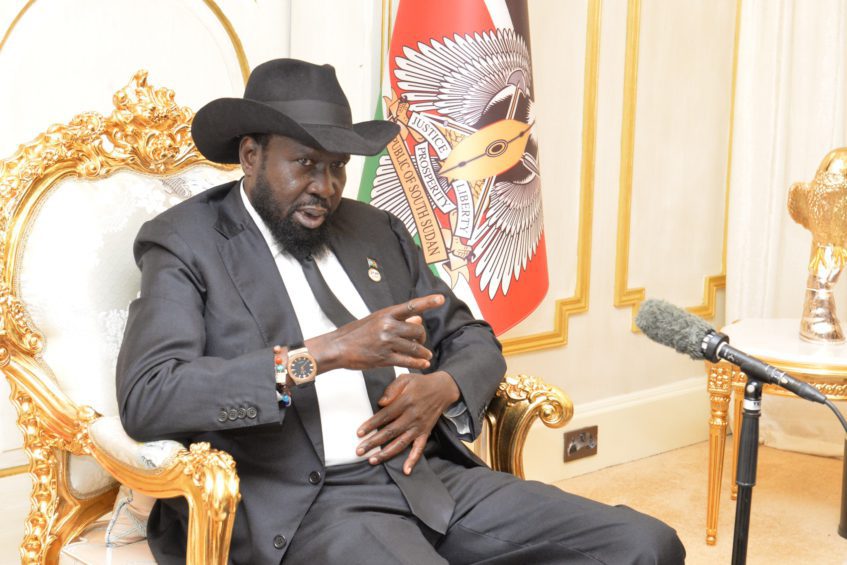 President Salva Kiir has promised for a swift end to attacks against humanitarian workers in the country.

His statement comes barely six days after an aid worker was killed in Duk County of Jonglei State on Monday.

Citizens and humanitarian agencies have often criticized the government for putting less or no efforts in protecting lives of aids workers in the country.

Last week, UN Humanitarian Coordinator in South Sudan called on the Kiir’s administration to launch a swift investigation into those attacking aid workers.

Mathew Hollingsworth also urges the government to take immediate and effective measures to protect humanitarian workers and provide sustained and unhindered access to those who are experiencing food insecurity and other acute humanitarian needs.

In his Christmas and New Year message, Kiir guaranteed that those behind such heinous acts shall be followed by the law.

Those who are committing these crimes will not hide from the long arm of our laws indefinite. They will be fought no matter how long and they will pay for their crimes, Kiir promised while delivering his Christmas message on Friday.

South Sudan is constantly one of the most dangerous countries for aid workers to operate in.

Since the beginning of 2020, there have been more than 400 violent incidents against aid workers, according to the UN reports.

UNOCHA also estimates that at least five aid workers were killed in South Sudan in 2021 and 9 in 2020.

A total of 127 humanitarians, mostly South Sudanese, have lost their lives while providing critical assistance to people across the country since the conflict broke out in late 2013.