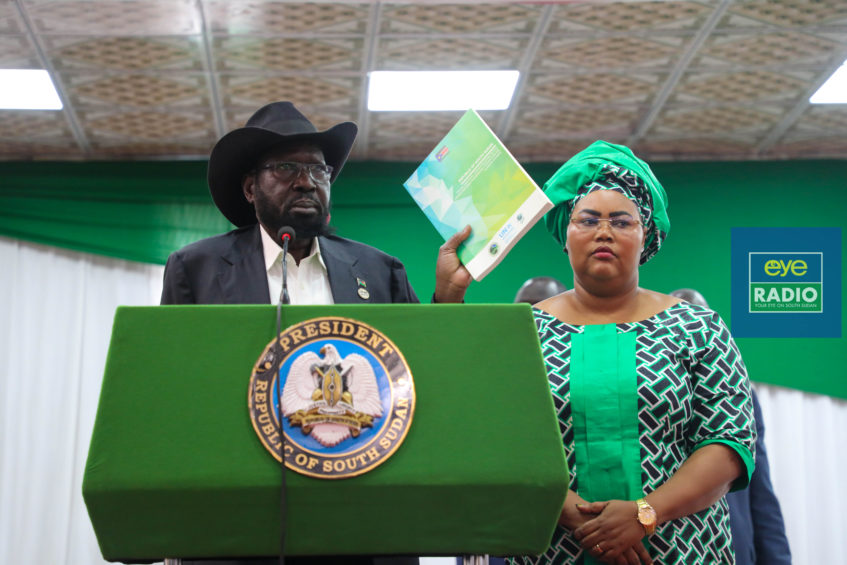 President Salva Kiir has urged members of the public to fight against environmental degradation.

He says the environment and the waters across the country have been polluted by unregulated human activities, notably the uncontrollably charcoal burning – partly contributing to climate change.

Climate change is considered a long-term change in the average weather patterns.

In South Sudan, experts say the impact of climate change is being witnessed by the extreme heat, drought and insect outbreaks.

Major parts of the country witnessed serious flash floods in 2020 after months of drought.

“I can sadly admit that our environment is degrading at a rapid rate. This environmental degradation comes partly from human activities such as charcoal burning,” Kiir said on Thursday during the belated celebrations of World Environment Day.

Kiir admitted that the cutting of forest reserves is also a major problem causing adverse environmental degradation in South Sudan.

“The contributing factor include disregard to proper solid waste disposal by the people. You see plastic bottles floating on the river.

“These plastic bottles cause serious harm to the Nile ecosystem. I want the Ministry of Environment and Juba City Council to work together to address these issues.”

The World Environment Day is observed annually on the 5 June to encourage world governments and institutions to strengthen policies to protect environmental ecosystems.

But the Ministry of Environment and Forestry delayed the event due to what it calls reasons beyond its making.

She decried illegal logging of trees by armed groups.

“All the groups that rebelled against the government use the forest to generate income to support the rebellion,” she claimed.

This year’s theme of World Environment Day is: “Reimagine. Recreate. Restore” and its focal point is ecosystem restoration.

The term Ecosystem restoration, according to the United Nations, means preventing, halting, and reversing the damages caused to living organisms and nonliving components.