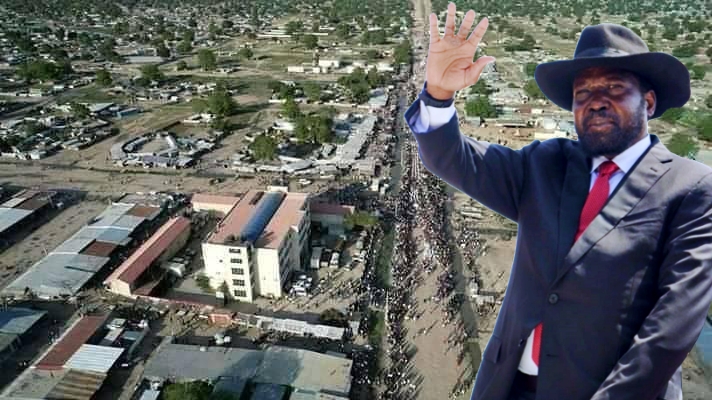 The president is there to assess the ongoing road construction by the African Resource Corporation.

His office says Kiir will also interact with leaders and residents of the town.

The town is still struggling with the impact of last year’s devastating floods that destroyed several infrastructures and displaced people.

Residents of the town have repeatedly called on the national government to construct permanent dykes in areas affected by the floods.

According to the Press Secretary in the Office of the President, Kiir left Juba this morning by road.

This is the second time since the independence of South Sudan for the president to visit the historical town.

He launched a disarmament exercise there in March 2012.

In October 2019, President Kiir declared a state of emergency in 27 areas affected by heavy rains and floods across the country, including Bor town.

Recently, his senior advisor Kuol Manyang, who comes from Bor, blamed all the leaders – including himself – for destroying the country and failing to deliver services to the citizens.