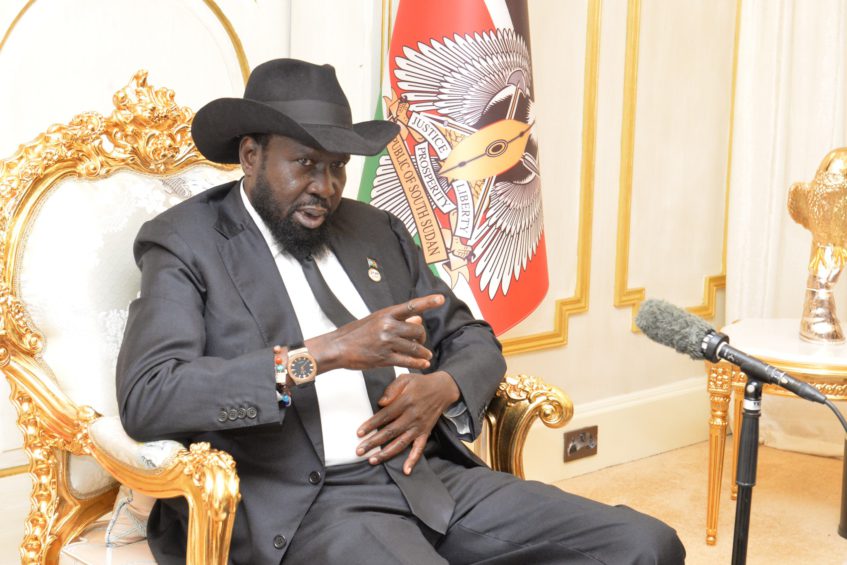 The Office of the President is still tracing documents of a pledge President Kiir made five years ago to sponsor about 20 orphans in Juba.

In 2016, President Salva Kiir promised to offer scholarships to 20 pupils at the Juba Orphanage Center when he visited on Christmas Eve that year.

The orphans, some of whom have already completed primary schools, recently reminded the president to fulfill his promises.

One of the students, who has been offered a slot to study political science at the University of Juba, says financial constraints have derailed his dreams.

Emmanuel Malish disclosed that some of his colleagues and former orphans have resorted to drug and alcohol abuse after they lost hope in furthering their studies.

When contacted by Eye Radio, the press secretary in the Office of the President claims that they are still working to trace the documents.

Ateny Wek Ateny says the documents containing the pledge of the president were in custody of the Former Executive Director in Kiir’s Office.

“We could not trace because the President doesn’t have to memorize things himself when he says something, it is supposed to be picked up by his Executive Director who was by then Rizik Dominic,’ Ateny told Eye Radio over the weekend.

Ateny says president Kiir pledges are supposed to be written by his Office’s Executive Director.

“The special program office also said they are looking for it because the special program and executive office are the two institutions that are meant to be looking up at the presidential pledges so we wait until we get the information.”