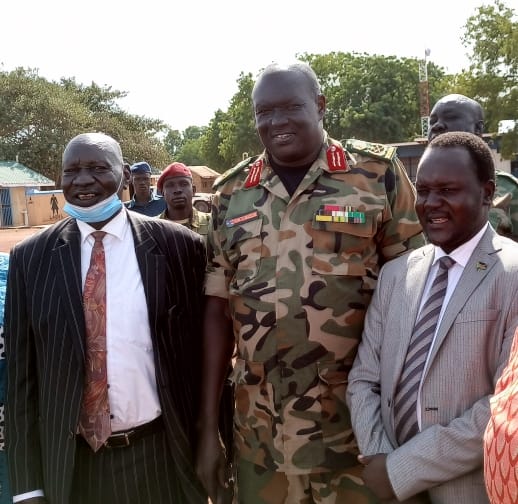 Lakes State has experienced calm over the last month following interventions by the new ‘military governor’, police have said.

The governor has engaged in robust grassroots consultations compounded with security interventions to control cattle raids, revenge attacks and banditry, according to the state police spokesperson.

He claimed that the state has had the longest stride of stability since 2011.

Before the appointment of Rin Tueny, the state had been, on a weekly basis, dominating the headlines with stories of cattle-related violence and road ambushes.

Officials often recorded at least 10 deaths every week as a result of these incidents of violence.

The state government then instituted a crackdown on suspected perpetrators of highway robberies, cattle raiding and banditry.

It has also established special courts to try criminal and civil cases in Rumbek, Yirol and Cuiebet counties.

The courts are supported by the UN Mission in South Sudan or UNMISS and the national government.

“The law and order have returned. Every criminal has run after some of them were apprehended,” the police spokesperson added.