You are here: Home  |  Featured | News | Politics   |   Lakes leaders at odds over appointments 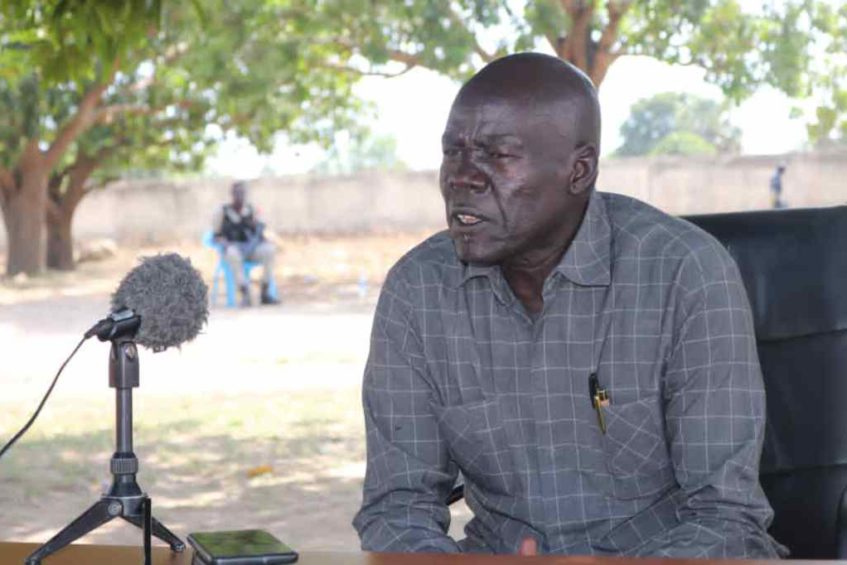 The deputy governor of Lakes State has accused Governor Makur Kulang of appointing some state government officials without consulting him.

On 1 April, Governor Kulang appointed director-generals for various ministries and the Rumbek town mayor and his deputy.

This angered Puoth Madit, who said his views were not considered.

Madit, who represents SPLM-IO, blames Kulang for not following the due process as stipulated in the September 2018 revitalized peace agreement.

He says all those appointed by Kulang are from the SPLM.

“I wrote to the governor officially to register with him my dissatisfaction of the decisions he made,” he told Eye Radio.

Madit then ordered the state ministers on the SPLM-IO ticket to not cooperate with the appointees of Governor Kulang.

“Since there is no ground for dialogue, I directed the ministers under my party not to accept the director-generals the governor appointed,” he continued.

Madit asked Governor Kulang to revoke the appointment until they have done consultations.

However, Kulang asserted that it is his prerogative to appoint civil servants.

According to the revitalized peace agreement, decision-making in the government shall be in a spirit of collegial collaboration.

It also requires the state governments to consult and cooperate in the interest of peace and stability.

Kulang counter accused his deputy of locking some of the offices of the new director-generals in the state ministries “and the keys are in his custody” – an allegation Madit admitted.

Recently, President Salva Kiir wrote to the governors, saying he was not happy with the manner in which they are handling their respective state affairs.

He urged them to cooperate and implement the revitalized peace deal regardless of their political or ethnic differences.