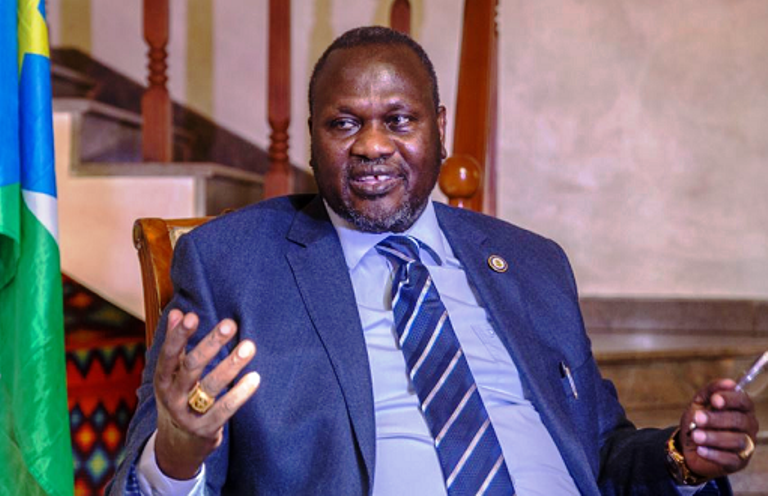 The Leader of the SPLM-IO, Dr. Riek Machar, is expected to arrive in Juba this afternoon for further consultations on pending tasks of the peace agreement.

While in Juba, Dr. Machar will hold meetings with his members and government officials, regarding the number and boundaries of states.

Last week, parties to the agreement discussed the report of Independent Boundaries committee on states and boundaries in a workshop organized by IGAD mediated by the Deputy President of South Africa.

However, the parties failed to reach an agreement on the number of states.

On Friday, the government said referendum was the only way to break a deadlock over the number of states and their boundaries, a suggestion that has been described as dishonest.

“He is coming here for consultations with the leadership of SPLM-IO, especially those who are in the security mechanisms, NPTC and other leaders who are in Juba,” Manawa Peter, deputy head of national information committee of the SPLM-IO, told Eye Radio.

Recently, the main principals – President Salva Kiir and main Opposition Leader Dr. Riek Machar disagreed over the issue, prompting the regional leaders to convene a meeting that saw them agree to extend pre-transitional period by 100 days.

This angered the White House, saying it was “gravely disappointed” with South Sudan’s leaders for not meeting the deadline and later recalled its ambassador.

Some parents, teachers oppose reopening of schools this year