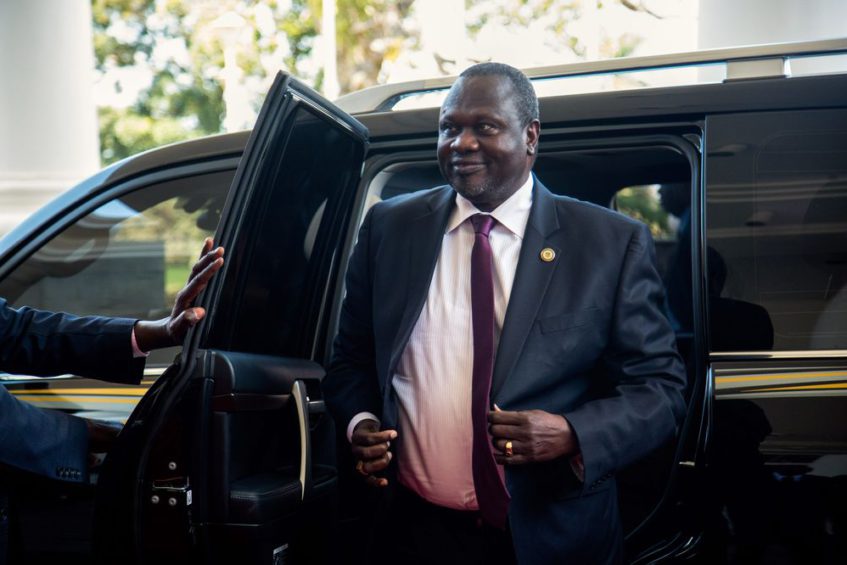 “To amount…[is] for the purchase of Toyota Lander Cruiser V6 which was hired by his office before the crisis of 2016 [but] he failed to pay the money.”

Mali stated that Gen. Yiey, the SPLA-IO Head of National Security, later signed another contract with his company and bought the car.

The amount was supposed to be fully paid within two months after the establishment of the Transitional Government of National Unity.

But following the renewed fighting in 2016, the office of the First Vice President failed to pay the money.

“When Dr. Machar returned to Juba nearly 2 years ago, his office promised to pay us, but they have been dodging to pay,” said Mali.

The businessman accused Major-General Martin Abucha, the office manager of the First Vice President, of frustrating his efforts to get paid.

“This issue has taken long – more than 5 years – because of those within Machar’s office, they are the obstacles – especially his office manager by the name of Major General Martin Abucha,” Mali alleged.

“I’m very much aware,” Major General Martin Abucha confirmed to Eye Radio when asked for a response. “These people have to come to the office.”

But Ernesto Mali’s son, Godfrey Mongomongo said even if they visit the office, Gen. Abucha’s “secretary will tell us that he is not around, he is out of the office.”

The aggrieved family threatened to take the matter to court if Dr. Machar does not intercede.