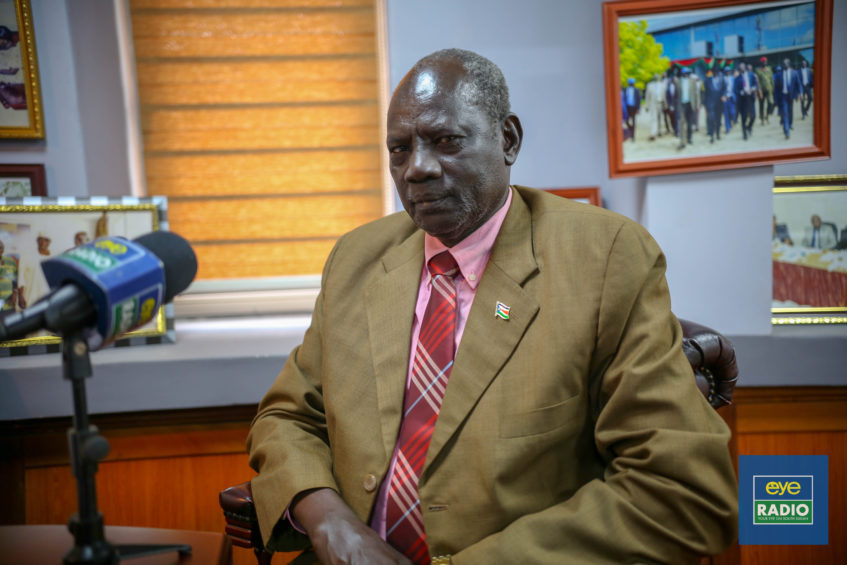 The minister of information has described as “fake” the recent report which suggests that the president’s grip on petrodollars is threatening the implementation of the peace deal.

“This is a report that does not even deserve to be responded to; and I can say this is a fake report,” Michael Makuei told Eye Radio.

On Wednesday, the new report conducted by the International Crisis Group shows that President Salva Kiir’s loyalists are the ones holding key institutions that handle the public riches, especially the finance ministry, central bank and Nilepet.

The report titled: Oil or Nothing: Dealing with South Sudan’s Bleeding Finances, argues that Kiir’s grip on oil proceeds makes it impossible to implement key provisions in the 2018 peace deal.

All these require money, which the government says it lacks despite receiving millions of dollars monthly.

The investigative report also argue that senior officials use the oil proceeds to “sponsor militias across the country, undermining efforts to tame violence persisting after the 2018 peace agreement.

But Makuei thinks the report is meant to destroy the image of President Salva Kiir and his group.

“They don’t know what they are talking about. They are not honest and they are not genuine. Their target is to ensure that Salva and his group are destroyed,” he claimed.

However, the 42-page report also reveals that Kiir’s confidants – including close relatives and loyal military officers – operate as a shadow government, bypassing the institutions the formal administration controls in cooperation with the political opposition.

This, the Belgium based advocacy group says, helps Kiir retain the real balance of power and fuel discontent in Machar’s camp.

Makuei has rubbished all the past similar reports, accusing his government of corruption and general poor governance.