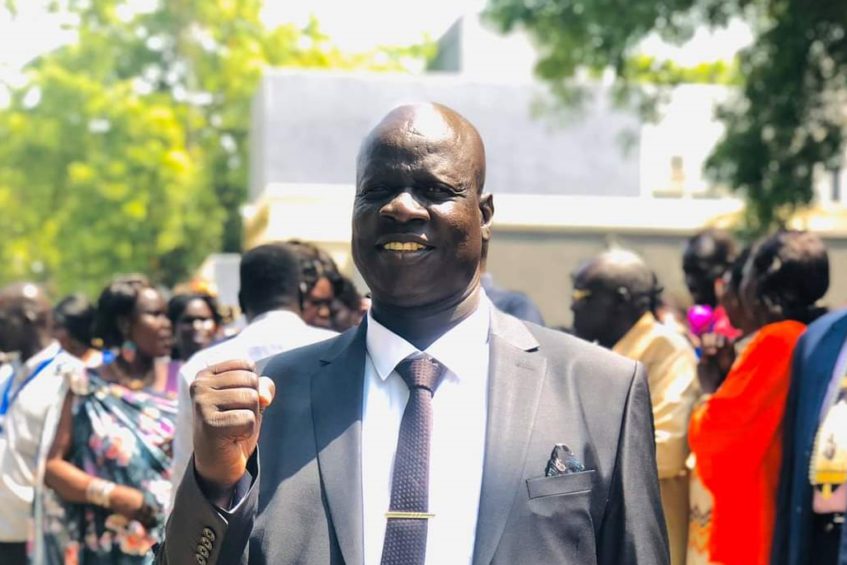 The governor of Upper Nile state has appointed a new mayor for the controversial Malakal municipality.

The decision came after the government resolved to establish Makal as a County while Malakal town shall be a municipality in Upper Nile state.

Despite objections from local communities, leaders and intellectuals over the new changes, Governor Budhok revealed that a county commissioner shall soon be appointed.

“I appointed our brother Francis Nyang as Mayor of Malakal municipality and the appointment of the other commissioner of Makal County is on the way,” he told Eye Radio on Tuesday.

On Friday, the first vice president, presidential advisor on security, the minister of cabinet affairs and the governor of Upper Nile State and his deputy resolved to move Makal County headquarters to Wau Shilluk Payam.

However, community leaders and politicians from the state have condemned the decision to relocate Makal headquarters.

Also, the leader of the National Democratic Movement termed the decision as a violation of the revitalized peace agreement and Upper Nile State constitution.

Dr. Lam Akol stated that the move was also not in line with the establishment order issued by Dr. John Garang in 2004.